Please ensure Javascript is enabled for purposes of website accessibility
Log In Help Join The Motley Fool
Free Article Join Over 1 Million Premium Members And Get More In-Depth Stock Guidance and Research
By Maurie Backman - Feb 18, 2021 at 5:18AM

Putting Social Security out of your mind could help you plan better for your senior years.

Many seniors today rely on Social Security to pay the bills. But if you want to enjoy your retirement to the fullest, here's a better plan: Forget about Social Security and save on your own instead.

Why you just can't count on Social Security

Despite rumors that Social Security is on the verge of bankruptcy, the program is not actually in danger of going away anytime soon. But benefits might get reduced universally within the next 15 years once Social Security's trust funds run out of money and the program lacks the revenue needed to keep up with its scheduled obligations. 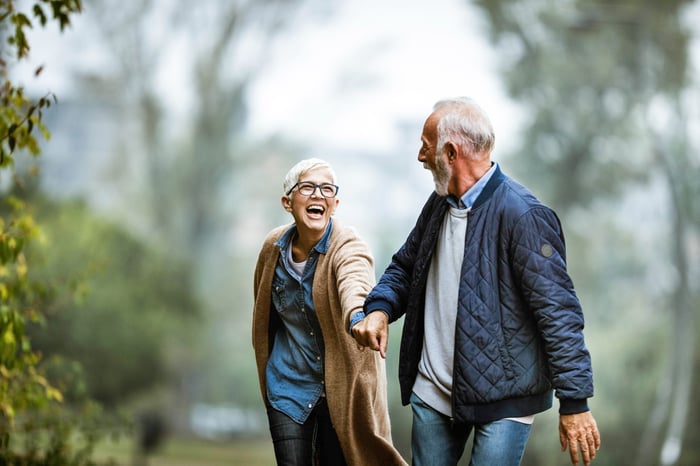 Right now, the average Social Security beneficiary collects $1,543 a month, which is not a lot of money to begin with. That sum could be slashed substantially if benefit cuts come to be.

There are other reasons not to rely heavily on Social Security, though. Because cost-of-living adjustments have been notably stingy over the past decade, Social Security beneficiaries have been steadily losing buying power. Throw in the fact that Social Security was never designed to replace workers' full paychecks in the first place, and it's clear that you're better off having a retirement strategy that includes more than just collecting a benefit every month and calling it a day.

How to secure your own retirement

While you can comfortably factor some amount of Social Security income into your retirement, nailing down that sum may be challenging, especially if you still have many working years ahead of you. That's why a better bet is to effectively put Social Security out of your mind and instead focus on building a solid nest egg.

If you start contributing to an IRA or 401(k) plan at a relatively young age and invest your savings aggressively (meaning, load up on stocks), you'll have an opportunity to grow your own wealth so you're barely reliant on Social Security to cover your bills. Case in point -- if you sock away $500 a month in a retirement plan between the ages of 27 and 67, and your investments in that plan generate an average annual 7% return during that time, which is doable with a stock-heavy investing strategy, you'll wind up with about $1.2 million to your name. Make it $600 a month, and that total increases to over $1.4 million. That's a nice sum to bring with you into retirement.

If you're worried about going heavy on stocks in your retirement plan, well, don't. Safer investments, like bonds, are best when retirement is near, but when you're decades from that milestone, you have plenty of time to ride out the stock market's ups and downs and come out ahead.

Though Social Security isn't going bankrupt, it's also not a one-stop solution to your retirement income needs. The sooner you recognize that, the better positioned you'll be to enjoy your senior years to the fullest.