Please ensure Javascript is enabled for purposes of website accessibility
Log In Help Join The Motley Fool
Free Article Join Over 1 Million Premium Members And Get More In-Depth Stock Guidance and Research
By Maurie Backman - Apr 23, 2021 at 6:36AM

Planning to wrap up your career early? Here are some key items to check off your list before you do.

Many people dream of retiring early, but without a game plan, you could wind up cash-strapped and ill-prepared. If you're going to wrap up your career on the early side, be sure to tackle these important items first.

Can you afford to retire early? If you don't know what your living costs will look like once you do, then you'll have a tough time answering that question.

Before you make plans to call it quits, spend some time thinking about what your expenses will entail, and list them someplace so you can see what you're looking at spending each month. Having those numbers will help you see how well your savings stack up. 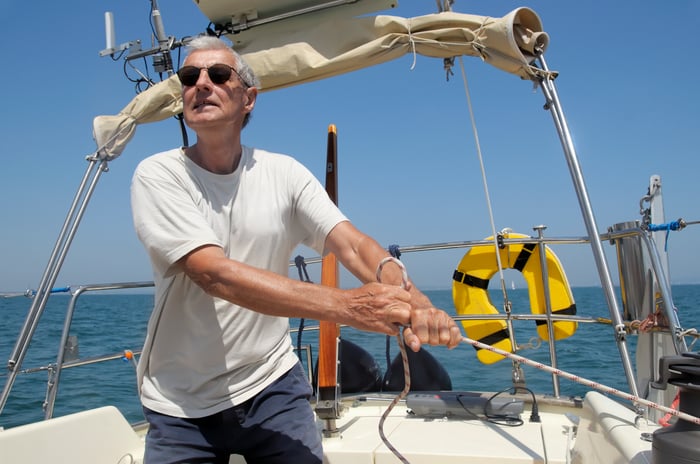 Americans are living longer these days. That's a good thing, of course, but it also poses a financial challenge because you'll need your nest egg to last even longer. And if you're retiring early, you'll need an even larger cushion in your IRA or 401(k) plan.

There's no single savings target that will guarantee that you'll have enough money to support an early retirement, but the more you can save, the better. If you're currently socking away 15% of your paycheck, make it 18%. Giving yourself that leeway could make it so you're able to retire in your late 50s or early 60s without hurting financially.

3. Come up with a plan for health coverage

Once you turn 65, you'll be eligible to enroll in Medicare. But if you're retiring at a much younger age, then you'll need to secure coverage elsewhere. That could mean hopping onto your spouse's workplace plan if they aren't retiring yet, getting an Affordable Care Act (ACA) plan, or signing up for COBRA, which lets you retain your employer coverage for up to 18 months. But make sure to budget properly for that expense -- underestimating what health coverage will cost could throw your budget out of whack.

4. Figure out what you'll do with your time

Early retirement might seem like a great idea -- until you realize you can really only afford a handful of trips each year and you'll be stuck scrambling for entertainment the other 48 weeks. Before you retire, think about some of the things you might do to stay occupied.

You might sign up to take classes at a community college, volunteer at an animal shelter, or even start a small business that not only keeps you busy, but also generates some nice income. The key, however, is to have a plan, because too much boredom early on could really mean kicking off retirement on a sour note.

Whether you want to retire a couple of years early or a decade ahead of your peers, with proper planning, it's a goal you can achieve. But before you retire, make sure to estimate your living costs, save enough to support yourself those extra years, figure out what you'll do for healthcare, and map out some ways to stay busy. That way, you'll be less likely to regret your decision after the fact.