Please ensure Javascript is enabled for purposes of website accessibility
Log In Help Join The Motley Fool
Free Article Join Over 1 Million Premium Members And Get More In-Depth Stock Guidance and Research
By Maurie Backman - Updated May 3, 2021 at 10:33AM

How much will Social Security pay you down the line? You may not like the answer.

Millions of seniors count on Social Security to pay the bills, and many future retirees are planning to do the same. In fact, 87% of workers today expect Social Security to be a top source of retirement income, according to a recent survey by the Employee Benefit Research Institute. But are workers putting too much faith in a program that may be rapidly losing steam?

Social Security is facing a significant funding shortfall in the coming years, and that's something today's workers need to know about. Right now, the program gets the bulk of its revenue from payroll taxes -- the taxes that workers pay on wages of up to $142,800 (that threshold changes from year to year). 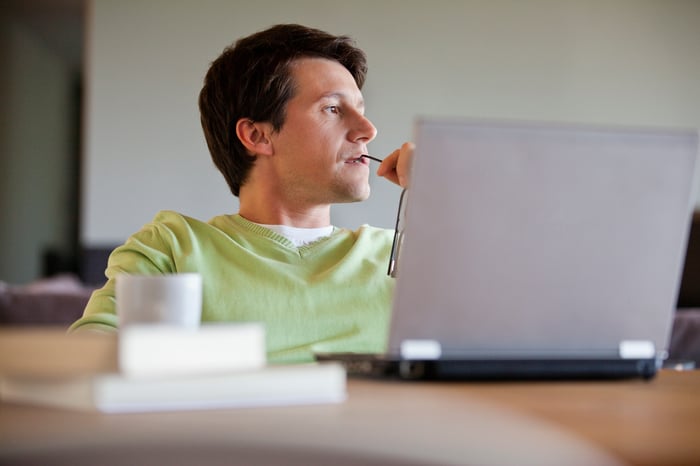 In the coming years, however, the program won't collect as much payroll tax revenue. The reason? Baby boomers will be aging out of the workforce and drawing their own benefits, and too few workers will come in to replace them. As such, Social Security will need to dip into its trust funds to keep up with scheduled benefits.

Those trust funds won't last forever, and once they run dry, benefit cuts may be on the table. And those cuts could be substantial. Recent projections point to a 21% reduction.

The average senior on Social Security today collects $1,543 a month. Cutting that sum by 21% brings the average monthly benefit down to just $1,219, which amounts to $14,628 a year. Given that the current poverty line is $12,880 for a single-person household, that cuts it dangerously close -- and explains why today's workers can't bank on Social Security too heavily for the future.

Though benefit cuts may be in Social Security's future, the program isn't in danger of completely going away. Still, if you're working today, you should make every effort to save well for retirement so you're less reliant on Social Security once your time in the labor force comes to an end. That means taking advantage of any employer-sponsored retirement plan you're offered, or opening up an IRA if you don't have access to a savings plan through work.

The good news is that if you're still fairly young, you have a solid opportunity to build up a decent chunk of wealth in time for retirement. Say you're 40 and plan to retire at 67, which would be your full retirement age for Social Security purposes. If you sock away $500 a month between now and then, and your IRA or 401(k) delivers an average annual 7% return (which is a reasonable assumption if you invest pretty heavily in stocks and then shift toward bonds as you get older), you'll wind up with about $447,000. That's a nice sum to help compensate for lower Social Security benefits down the line.

Though we don't know exactly what the future will hold for Social Security, preparing for benefits to get cut is the smart thing to do. If that doesn't happen, great -- you'll have even more money to look forward to. But it's best to have a backup plan given the program's shaky financial outlook, and that plan should largely involve building a nest egg of your own.