Please ensure Javascript is enabled for purposes of website accessibility
Log In Help Join The Motley Fool
Free Article Join Over 1 Million Premium Members And Get More In-Depth Stock Guidance and Research
By Maurie Backman – Jun 21, 2021 at 5:36AM

Many seniors rush to sign up for benefits at 62. But here are some important points to keep in mind before going that route.

Medicare eligibility begins at 65, and you get the same coverage no matter when you enroll. But with Social Security, you get choices. You can claim benefits as early as age 62 or delay your filing until the age of 70.

62 happens to be the most popular age to sign up for benefits. If you're thinking of going this route, here are a few key things you need to know. 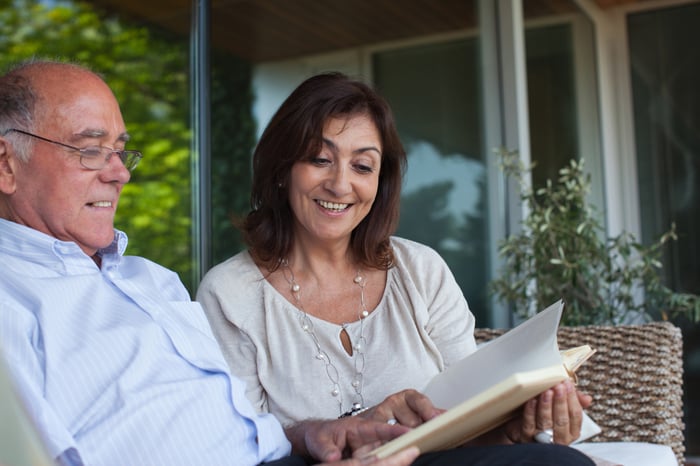 Your monthly Social Security benefit is based on your earnings during your highest-paid 35 years in the workforce. And you're entitled to that complete benefit once you reach full retirement age, or FRA.

FRA is either 66, 67, or 66 and a specific number of months, depending on your year of birth. But for each month you claim benefits ahead of FRA, they'll be reduced on a permanent basis. If your FRA is 67 and you sign up at 62, you'll lose 30% of your benefit, so that's a hit you'll want to make sure you can afford to take. And if you don't have a lot of retirement savings, you may want to sign up at a later age.

2. You may come out ahead financially if you don't live very long

3. You'll risk having benefits withheld if you're still working

You're allowed to collect Social Security and work at the same time, but if you do so before reaching FRA, you'll risk having benefits withheld temporarily if your earnings exceed a certain threshold. Now that threshold changes from year to year. Right now, it's $18,960, but it could rise in 2022. But in 2021, once your income exceeds that threshold (assuming you won't reach FRA this year), you'll have $1 in Social Security withheld for every $2 you earn.

If you're still earning a sizable paycheck from work, you may want to hold off on claiming Social Security rather than rush to file at 62, because you'll not only slash your benefits, but also, risk having additional money withheld.

There are plenty of good reasons to sign up for Social Security at the earliest age of 62. Just make sure you know what you're getting into before going that route. The last thing you want to do is lock in a lower monthly benefit for life and regret it throughout your retirement.