When it comes to Social Security, you need to be very selective about the tips you follow.

Social Security is an important income source for lots of seniors. As such, there's a world of Social Security advice out there designed to help retirees make smart choices with their benefits. And to be clear, there's nothing wrong with reading through that advice, especially since you'll eventually need to decide when to sign up for Social Security.

But some of the advice you come across may be a little outdated or just plain shortsighted. Here are a few common points of guidance you may not want to follow. 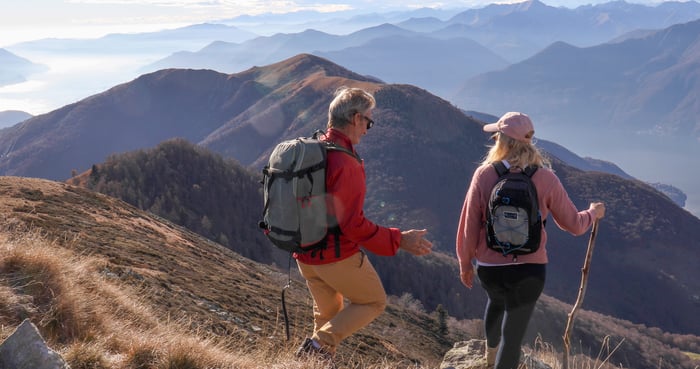 You're entitled to your full monthly Social Security benefit based on your earnings history once you reach full retirement age, or FRA, which is either 66, 67, or somewhere in between, depending on your year of birth. You can sign up for Social Security as early as age 62, but you'll often hear that doing so is a bad idea because it will result in a lower monthly benefit for life.

That last part is true. But it doesn't mean there aren't advantages to claiming benefits early.

For one thing, getting your money sooner might enable you to invest and generate enough wealth to compensate for a lower benefit. But also, if you don't expect to live a very long life -- or don't want to take the risk that you won't -- filing early might give you a higher lifetime Social Security benefit, even if those payments are reduced on a monthly basis.

Finally, if you enter retirement with plenty of savings -- enough to cover your expenses and then some -- then there's really no reason not to claim benefits whenever you want to. That money could be your ticket to meeting your retirement goals and enjoying your post-career life while you're still relatively young.

2. Extend your career to grow your benefits

Many people earn more money at the tail end of their career than the beginning or midpoint. As such, you'll often hear that it's a good idea to work longer once your earnings have peaked, as doing so could result in a higher Social Security benefit.

Again, that's true. Your monthly retirement benefit is based on how much you earn during your 35 highest-paid years in the workforce. Replacing a year or two of lower earnings with higher earnings by working longer could, in fact, raise your benefit.

But if you're unhappy with your job and don't want to delay your retirement, you shouldn't feel compelled to do so. In fact, instead of forcing yourself to keep plugging away at a job you hate, consider using your benefits as an escape route. File for Social Security, retire early, and then take the opportunity to start a new business of your own -- something that excites you and has the potential to generate a lot more income than a boosted monthly benefit.

There are 13 states that currently impose taxes on Social Security benefits:

You'll frequently hear that avoiding these states in retirement is a good way to keep more of your benefits to yourself. That may be true, but one thing you shouldn't forget is that, regardless of where you live as a senior, you might pay federal taxes on your Social Security benefits once your income exceeds a certain level ($25,000 for single tax filers and $32,000 for married filers).

To put it another way, unless you're a low-income retiree, taxes on your benefits may be inevitable. So rather than write off certain states because they tax Social Security, focus instead on where you actually want to settle down and what the general cost of living there is. You may find that it's worth it to lose a portion of your benefits in exchange for, say, much lower housing costs.

Furthermore, many of the above states happen to offer exemptions on taxes for seniors with low to moderate earnings. Even if you move to one of them, you might avoid having your Social Security income taxed anyway.

Finally, the list of states that tax benefits isn't set in stone. Starting next year, for example, West Virginia will stop taxing benefits. More states could go that route in the future, so don't base your decision on that factor alone.

There's nothing wrong with turning to the internet for Social Security advice. But be careful. The last thing you want to do is follow some outdated tips and wind up making decisions you'll end up regretting.

What Happens to Unused HSA Funds at Year's End?