If current estimates are correct, Social Security beneficiaries may get their highest boost in decades.

Seniors who rely heavily on Social Security often find themselves cash-strapped in retirement. That's because those benefits aren't always so generous to begin with, and also, because the raises they get (known as cost-of-living adjustments, or COLAs) are often stingy themselves.

In 2021, seniors got a 1.3% boost to their Social Security benefits. But next year's raise is shaping up to be a lot more substantial.

More money could be coming down the pike

We won't know what next year's Social Security COLA will look like until we get complete third quarter data from the Consumer Price Index for Urban Wage Earners and Clerical Workers (CPI-W). And that won't happen until October. 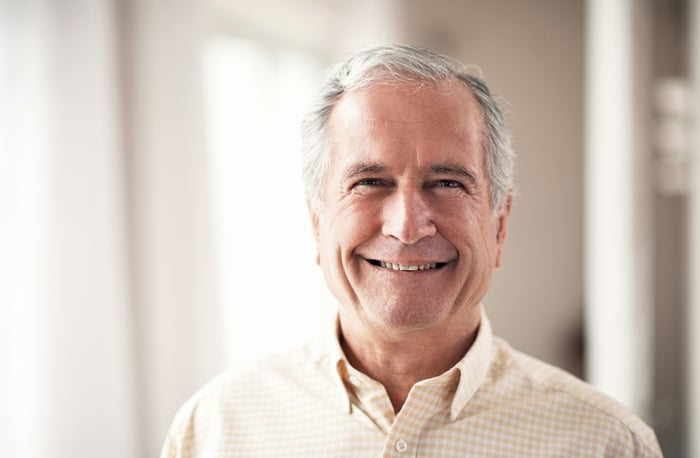 But based on how the index rose in July, the nonpartisan Senior Citizens League is now estimating 2022's COLA to come in at 6.2%. If that happens, it will be the largest raise seniors will have seen in years.

Of course, even a more generous raise may not get seniors very far in the near term. For one thing, the reason that raise is shaping up to be so high is that inflation is rampant. These days, consumers are paying more for everything from gas to groceries. And so while seniors may see their benefits go up, they'll also have to spend more on basics.

Another issue is that we don't know what sort of Medicare premium hikes are in store for seniors next year. Though Medicare Part A, which covers hospital care, is generally free for seniors, Part B charges a monthly premium that's paid directly out of Social Security benefits for seniors who are receiving them (it's possible to sign up for Medicare before Social Security, at which point seniors pay their benefits directly).

If the cost of Medicare Part B increases exponentially, it could seriously eat into seniors' upcoming COLA, leaving them with less money at the end of the day.

Many seniors today have no choice but to hope each year that their COLA will be generous. But if you're not yet retired, rather than depend too heavily on those COLAs, you should instead make an effort to secure a sizable income stream outside of Social Security.

Funding a retirement savings plan is a good bet in this regard. If you save up a bundle in a 401(k) or IRA, you'll be able to supplement your Social Security benefits with steady withdrawals. And during periods when COLAs fall short, you'll have the option to lean more heavily on your savings if your living costs rise at a faster pace than your benefits.

The fact that seniors may be in line for a substantial COLA is news many are apt to celebrate. But generous COLAs are always a mixed bag, and depending on Medicare hikes, they can also be a letdown. If you're not yet retired and on Social Security, set yourself up to rely less heavily on those benefits so you don't wind up cash-strapped at any point during your senior years.