There's a simple way to eke more money out of Social Security.

When it comes to claiming Social Security, there are lots of things that could possibly go wrong. But one mistake that could hurt you financially throughout retirement is completely and utterly avoidable.

Know when you're entitled to your full benefit

The monthly benefit you're eligible to collect in retirement will be based on your lifetime earnings -- specifically, your average monthly wage, adjusted for inflation, during your 35 highest-paid years in the workforce. But there's a specific age at which you're entitled to that benefit, and it's known as full retirement age, or FRA for short. 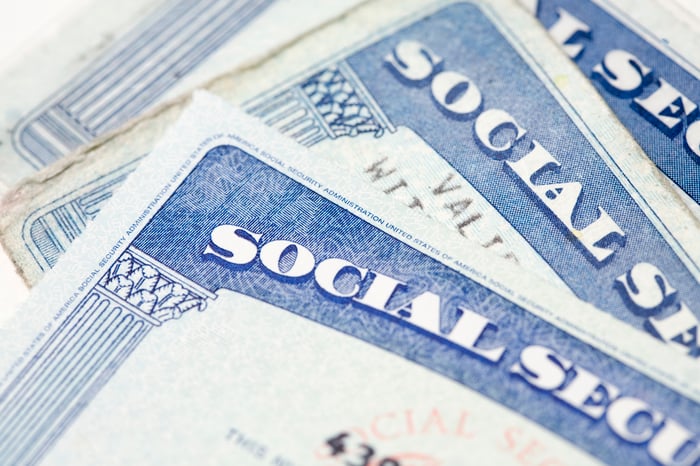 FRA is not universal. Rather, it hinges on the year you were born. You can refer to this table to see what your FRA looks like:

Now many people are aware that they're allowed to sign up for Social Security beginning at age 62. And many seniors make the conscious decision to file for benefits early.

But some people could end up filing early not because they really want to, but because they simply don't know when their FRA is. In fact, in a Fidelity survey released earlier in the year, only 17% of respondents were able to correctly identify their FRA.

If you don't know your FRA, you might claim benefits before you're entitled to your full monthly payday. And if that happens, you could get stuck with a lower monthly benefit for the rest of your life. That could prove problematic if you don't have a lot of money in savings and therefore become heavily reliant on Social Security to cover your senior living expenses.

How much of a hit will your benefits take if you claim them early? You'll lose 6.67% a year for the first three years you file early, and 5% a year for each year thereafter. But keep in mind that those reductions are implemented on a monthly basis, so if your FRA is 67 but you claim Social Security at age 66 and 9 months, you'll still lose a chunk of your monthly benefit -- about 1.67%.

Now here's the good news -- if you want to avoid a hit to your Social Security benefits, commit your FRA to memory and don't sign up beforehand. It's really that simple.

Of course, you may actively choose to file for benefits ahead of FRA to get your money sooner, and there's nothing wrong with that if you determine that that's the best financial move for you. But there's a difference between slashing your benefit by making a conscious decision versus slashing it due to a lack of Social Security knowledge. The latter scenario is something you should really aim to avoid.

In fact, one of the best things you can do to set yourself up for a secure retirement is learn more about how Social Security works. There's a good chance those benefits will end up being a very important source of income for you down the line, and so the more you know going into retirement, the better positioned you'll be to make smart decisions.