Please ensure Javascript is enabled for purposes of website accessibility
Log In Help Join The Motley Fool
Free Article Join Over 1 Million Premium Members And Get More In-Depth Stock Guidance and Research
By Maurie Backman – Updated Aug 26, 2021 at 10:29AM

Workers in their 40s and 50s have funds socked away for the future. But do they have enough?

Social Security could end up being an important source of income for you in retirement. But can you retire on those benefits alone? Probably not.

Social Security will generally replace about 40% of your income if you're an average wage earner. And that assumes benefits don't get cut within the next decade and a half, which, as of now, is a distinct possibility.

Most seniors need a lot more than 40% of their former paychecks to live comfortably. So it's important to save for retirement on your own so you're able to supplement your Social Security income nicely.

But recent data reveals that Gen Xers may be behind in the personal savings department. Those born between 1965 and 1980 only have a median $107,000 in retirement savings, according to the 21st Annual Transamerica Retirement Survey. And if your current balance is comparable, you may need to work on ramping up. 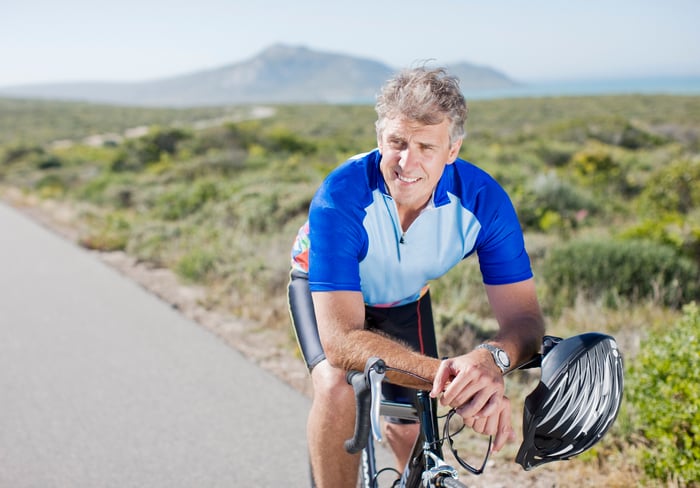 Though 84% of Gen Xers say they're setting funds aside for retirement in a 401(k) plan or a similar savings plan not tied to an employer, that generation didn't start saving for the future until the median age of 30. That means many Gen Xers lost out on almost a decade of savings and investment growth by not funding a retirement plan at the very start of their careers. It's not surprising, then, that only 19% of Gen Xers are very confident they'll be able to retire comfortably.

Now to be clear, a savings balance of $107,000 isn't all that bad for a younger Gen Xer. But if you're already well into your 50s, you may need to take steps to boost your savings rate to avoid falling short once retirement rolls around.

In that regard, getting on a tight budget may be your best bet. Start limiting your spending in discretionary categories like travel and entertainment, and allocate that money to your 401(k) or IRA instead.

Another option is to look at getting a side hustle. Millennials aren't the only ones who stand to benefit from the gig economy. Even if you're a bit older and further along in your career, it never hurts to take on some work on the side and use your earnings to boost your savings.

In fact, say that between lifestyle changes and side earnings, you're able to eke out enough cash to contribute $1,000 a month to retirement savings. Let's also assume you're 15 years away from retirement and are sitting on $107,000 at present. If your savings plan were to give you an average annual 7% return, which is a bit below the stock market's average, you'd wind up with just under $600,000. And that's a nice sum to kick off retirement with.

Of course, there's also the option to delay your workforce exit and stay at your job longer to boost your savings. The point, either way, is to push yourself to save more if you need to catch up. Your retirement really depends on it.