Please ensure Javascript is enabled for purposes of website accessibility
Log In Help Join The Motley Fool
Free Article Join Over 1 Million Premium Members And Get More In-Depth Stock Guidance and Research
By Maurie Backman – Sep 8, 2021 at 5:04AM

Benefit cuts are now on the table. Here's what it could mean for you.

Recently, the Social Security Trustees released their latest update on the program, and the news wasn't great. Social Security's combined trust funds are expected to run dry by 2034. Once that happens, recipients could be looking at a 22% reduction in benefits. And that's a situation it's important to prepare for.

How much money might you lose due to benefit cuts?

First, let's get one thing out of the way. Social Security cuts aren't a given. There's still a chance lawmakers will step in and find a way to prevent a reduction in benefits, which many seniors rely on today as their only source of retirement income. 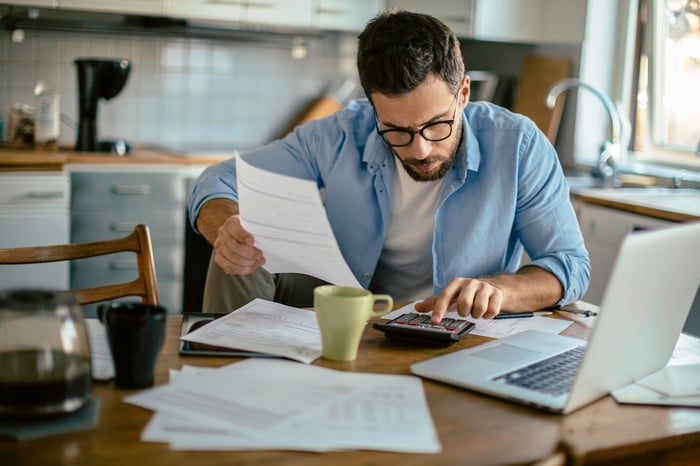 To that end, you'll need to look at your latest Social Security earnings statement. If you're 60 or older, it should come in the mail. If not, you can access it by creating an account on the Social Security Administration's website.

From there, you can see what your estimated monthly benefit looks like based on your wages to date. Now if you still have many working years ahead of you, that estimate may not be the most accurate. But still, it's a good starting point.

Now, say your earnings statement estimates your monthly benefit at full retirement age at $1,600. That's just a touch more than what the average senior on Social Security collects today.

Clearly, that's a fair amount of money. But the sooner you know about it, the sooner you can take steps to compensate. How? Namely, by ramping up your personal savings.

If you're not in the habit of contributing to an IRA or 401(k) plan, sign up for one immediately and start carving out money on a monthly basis. Then, invest your savings heavily in stocks if retirement is at least 10 years away, as that will help your money grow.

Imagine you're 47 and want to retire in 20 years, and you have no money saved so far. If you contribute $300 a month to your IRA or 401(k) for the next two decades, all the while enjoying a 7% average annual return in your savings plan (which is a bit below the stock market's average), you'll end up with around $147,000.

Divide that $147,000 by 25 years, which is how long your retirement might last, and you get an extra $5,880 in annual income. That more than makes up for the benefit cut you might face.

Of course, you should never really plan to live on Social Security alone, so ideally, your goal should be to save enough to not only compensate for benefit cuts, but to supplement those benefits generously. But knowing that benefit cuts are on the table may prompt you to save even more. And so it's a good idea to access your earnings statement, see what your future benefit looks like right now, and figure out how to make up for the amount you could end up losing.