In these scenarios, filing for benefits as early as possible makes a lot of sense.

You don't have to sign up for Social Security at one specific age. Rather, you're allowed to claim benefits beginning at age 62 at a reduced rate, or you're entitled to your full monthly benefit based on your earnings history four to five years later, depending on your year of birth and associated full retirement age. You can also delay your Social Security filing for a higher benefit up until age 70.

Since filing for Social Security at age 62 results in a lower benefit than waiting, seniors are often advised not to sign up as early as possible. But in the following situations, claiming Social Security at 62 is actually a solid move. 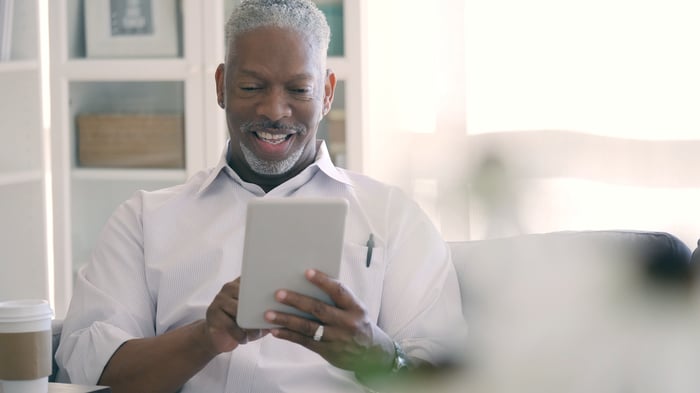 1. When you've been forced out of employment

Losing a job later in life can be extremely difficult. Unfortunately, older workers are often the victims of age discrimination. And while it's illegal to not hire someone based on their perceived age, it's also a difficult thing to prove.

If you've lost your job in your early 60s and have struggled to get rehired, your benefits could help you avoid racking up costly debt just to get by. And they might also make it so that you're able to pay your living expenses with a part-time job if a full-time one is harder to come by.

2. When your health is poor

Social Security is designed to pay you the same total lifetime benefit regardless of when you file. The logic is that filing early will slash your monthly benefit but give you access to that money earlier, while delaying your claim will give you a higher monthly benefit, but you'll have to wait longer to collect.

Things should break even if you end up living an average lifespan. But if your health isn't in the best of shape and you fear you might pass away at an earlier age than the average, then filing for benefits at age 62 could leave you with more total Social Security in your lifetime.

3. When you've earned the right to an early retirement

Some people can't afford to file for Social Security at 62 and slash their benefits in the process. That's because they haven't saved a lot for retirement and will be using those benefits to cover the bulk of their senior living expenses.

If you're in the opposite situation, though, then claiming benefits at 62 is not a bad move at all. Quite the contrary -- if you've made an effort to save well and have amassed a large nest egg, then you deserve the opportunity to retire early -- if that's a goal of yours. And if you really have a solid amount of money saved up, then a hit to your Social Security benefits may be something you're more than comfortable absorbing.

What's the right call for you?

Claiming Social Security at 62 isn't a smart move for everyone. If you expect to live until an old age, then filing at 62 could mean getting less money from Social Security in your lifetime. And if you're still able to earn a steady paycheck and enjoy your job, it could pay to stick with it and grow your benefits in the process.

Furthermore, if you don't expect to bring much in the way of savings into retirement, then filing at 62 could actually be a dangerous move that leaves you cash-strapped later in life. But in the above scenarios, claiming benefits as early as possible could serve you very well.