Hint: It's a feature your plan may already offer.

Saving for retirement is essential if you want to enjoy your senior years without financial stress. That's because Social Security will only replace about 40% of your pre-retirement income if you're an average wage earner, and most seniors need around twice that sum to maintain a comfortable lifestyle.

When it comes to savings plans, there are plenty of benefits to signing up for a 401(k). First of all, 401(k) plans offer more generous contribution limits than IRAs, and many companies that sponsor 401(k)s also match worker contributions to varying degrees. This means that you could be in line for free money for retirement if you contribute modestly. 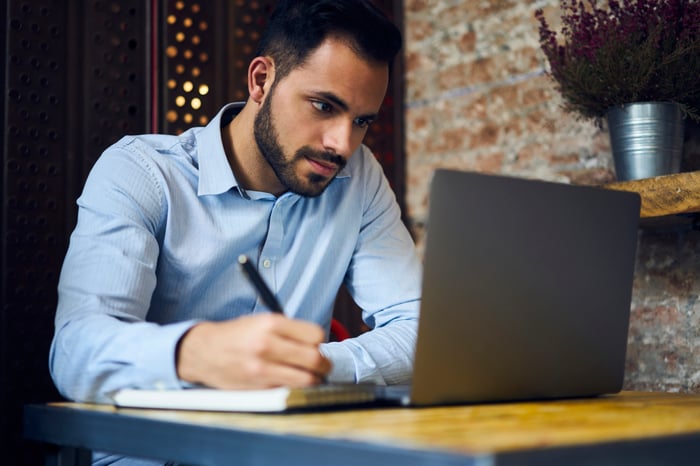 Better yet, Vanguard reports that a growing number of 401(k) plans are offering a Roth savings option. In fact, as of the end of 2020, an estimated 74% of Vanguard plans offered this feature.

But surprisingly, only 14% of participants opted to take advantage of a Roth 401(k). If you've been keeping your money in a traditional 401(k), you may be missing out.

When you put money into a traditional 401(k), you get a tax break on your contribution. That alone could be what drives many people to stick to traditional 401(k)s and steer clear of Roth accounts, which don't offer that same up-front tax break.

While traditional 401(k) plans do allow for tax-deferred investment growth, those gains are eventually taxed. And traditional 401(k) withdrawals are subject to taxes during retirement, so seniors don't get to access all of the money they're sitting on.

Roth 401(k)s work the opposite way. As mentioned, Roth 401(k) contributions aren't tax free. But investment gains in a Roth 401(k) aren't taxed, and withdrawals can be taken tax free during retirement. That alone buys you a lot more financial flexibility later in life.

Furthermore, all 401(k) plans impose required minimum distributions, or RMDs, starting at age 72. (You might think you'll get out of taking RMDs with a Roth 401(k), but the only tax-advantaged retirement plan that doesn't impose them is the Roth IRA.) But if you have your money in a Roth 401(k), your RMD won't cause an automatic tax liability. On the other hand, a traditional 401(k) RMD will cause a tax liability and potentially propel you into a higher tax bracket.

As a general rule of thumb, if you think there's a chance your tax bracket will be higher during retirement than it is now, then a Roth 401(k) makes sense. Furthermore, if you're worried that tax rates will rise across the board between now and retirement, then saving in a Roth 401(k) protects you from such increases.

That said, if you need the tax break that comes with funding a traditional 401(k), you might consider splitting your money between one of those plans and a Roth. That compromise could give you the best of both worlds -- immediate tax savings and the option to access some of your money during retirement without the IRS getting a piece of it.