Stop listening to the rhetoric and get the facts.

When President Obama's budget proposal came out earlier this week, it included provisions to replace existing cost-of-living adjustments for Social Security with an alternative method using what's called the chained consumer price index. Immediately, politicians came out with wildly disparate characterizations of what impact switching to a chained CPI would have, most of which happened to coincide with their particular political views.

But rather than relying on biased opinions, you owe it to yourself to learn the facts. With that goal, here's a brief explanation of what chained CPI is and why it has led to such strong debate in Washington and across the nation.

The basics of chained CPI
To understand the chained CPI, you have to go to the group that calculates it: the Bureau of Labor Statistics. More than a decade ago, the BLS started calculating what it called the C-CPI-U, or Chained Consumer Price Index for All Urban Consumers. In 2003, a paper from three BLS economists (link opens PDF file) explained the new inflation benchmark in great detail. 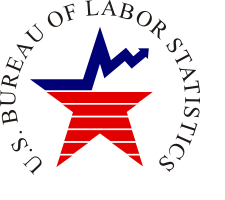 The purpose of the chained CPI was to account for an economic phenomenon known as substitution bias. The regular CPI makes assumptions about the various mix of goods and services that a typical household spends money on, weighting the overall changes in prices for those goods and services by the proportion that households spend on each category. For instance, as of last December, the CPI assumed that the typical household had 41% of its spending go toward housing, 15% on food, and 17% on transportation, with further divisions by subcategory within each of those broad categories.

The BLS changes the regular CPI's category weights from time to time. But what the chained CPI does that the regular CPI doesn't is to take into account the fact that when prices of two different items that are fairly close substitutes for each other don't move in lockstep, consumers tend to buy more of the relatively cheaper good -- thereby making fixed category weights theoretically incorrect.

Is the substitution effect real?
The idea that people respond to price changes is a fundamental axiom of economics. Businesses rely on that effect to attract new customers. For instance, U.S. automakers Ford (F 2.71%) and General Motors (GM 2.04%) struggled throughout the early and mid-2000s, as Japanese rivals Toyota (TM 0.15%) and Honda (HMC 0.72%) built better-quality cars that more consumers wanted. In the hopes of retaining customers, Ford and GM offered substantial sales incentives, including rebates and low-interest financing. The result was that more people bought Ford and GM products than would have under stable prices. Now that Ford and GM's fortunes have reversed and gotten more positive, Japan's automakers are the ones considering ways to attract customers.

What's particularly challenging, though, is figuring out how people make substitutions. The paper notes the difference between substituting for items in the same subcategory -- say, a Ford for a Toyota -- versus substituting for items in different subcategories, such as taking the bus rather than buying a car or buying groceries rather than eating out. The need for more extensive data to determine appropriate adjustments led the BLS to use initial, interim, and final chained CPI calculations, with lags of up to two years for final results to become available.

The result of that much longer process is a more complete picture of how people respond to price changes. To the extent that the data reflect the inelastic demand for necessities -- such as the health care needs of Social Security recipients -- the chained CPI should reflect the fact that no substitution effect exists for goods and services for which there's no viable substitute.

Theory vs. practice
For the most part, those who criticize the chained CPI take issue not with its methodology but with its impact. Advocates on both sides of the issue of how much Social Security benefits should rise over time have reasonable policy arguments for their respective positions. But using the chained CPI as a scapegoat distracts the debate from its proper focus: whether the country can afford to allow entitlement spending to grow at its current pace indefinitely. Unfortunately, with the reluctance to address that issue head-on, the chained CPI will continue to get more attention than it arguably deserves.

Why Searching for Cheap Stocks Is the Wrong Investing Strategy