Across the nation, millions of Americans rely on Social Security to give them the retirement income they need. But as it turns out, some states are much more dependent on Social Security than others, with a greater proportion of their populations receiving benefits from the federal government to supplement their incomes. Moreover, those states aren't the ones that come to mind when you think of retirement havens, with popular destinations like California, Texas, Arizona, and Nevada coming in below the national average.

The Social Security Administration provides figures every year on where Social Security recipients live. Let's look at the five states with the highest percentage of their residents as of December 2012 collecting old age, survivors, and disability insurance under Social Security. 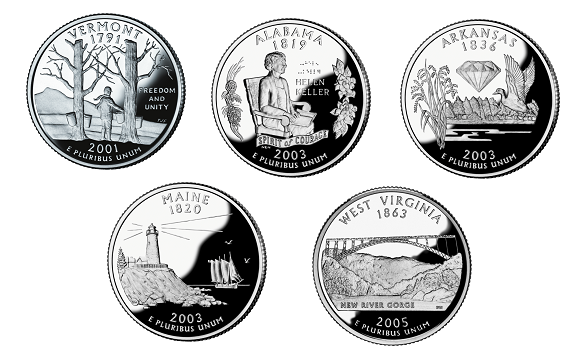 5. Vermont, 21.7%
Vermont has a relatively small population at just 626,000, and among its 98,000 residents who are age 65 or older, 95.8% receive Social Security benefits in some form. The state's independent member of Congress, Sen. Bernie Sanders, has been a vocal proponent of defending Social Security benefits and other social programs, citing Social Security as having been "enormously successful in cutting the rate of senior poverty." Sanders has suggested raising wage caps on Social Security taxes to include higher-income levels as a solution to the program's financial issues.

4. Alabama, 22%
Alabama claims almost 700,000 residents who are 65 or older, with 92.6% of them taking Social Security benefits. The state was in the spotlight recently as employees at the Washington County Sheriff's office faced allegations of Social Security fraud, with one worker admitting to having understated job earnings on Social Security forms in order to maximize the amount of benefits he could receive at the same time. Alabama doesn't have a monopoly on fraud over Social Security benefits, however, which has become an increasingly large problem recently.

3. Arkansas, 22.3%
Arkansas has a lot of similarities with Alabama in its Social Security demographics, with a slightly smaller population but a similar percentage of people 65 or older claiming benefits. Social Security has become a big issue in the coming Senate race in the state, with current Sen. Mark Pryor accusing rival and current House Rep. Tom Cotton of voting to cut Social Security earlier this year. The hot-button issue is especially important to Arkansans who would be affected by a rise in the full-retirement age and other proposed changes.

2. Maine, 23.7%
Maine seems like an unlikely choice for retirees to live. But among its 1.33 million residents, 226,000 are above age 65, and 93.6% of them receiving Social Security benefits. Recent figures from the Center on Budget and Policy Priorities show that Maine would see senior-citizen poverty rates jump by 36 percentage points without Social Security, a more than fivefold increase from the current 8% poverty rate. The study shows that proposals to change the way cost-of-living increases are calculated could hit Maine Social Security recipients especially hard.

1. West Virginia, 24.6%
Another low-population state, West Virginia tops the list with almost a quarter of its 1.86 million residents claiming Social Security, including 91.5% of its 312,000 residents above age 65. The state has also had its share of controversy, with a retired Social Security administrative judge facing accusations of collaborating with a lawyer to grant improper disability benefits to more than 1,800 applicants from 2006 to 2010. A report showed that the lawyer involved received more than $4.5 million in attorneys' fees from the Social Security Administration, making him the third-highest-paid disability lawyer in the country.

Tune in to Fool.com for Dan's regular columns on retirement, investing, and personal finance. You can follow him on Twitter: @DanCaplinger.