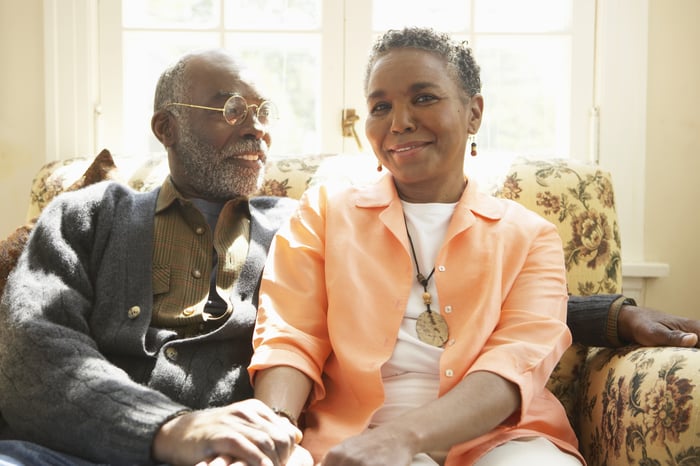 Some of the rules governing claiming spousal benefits will change in 2016. Image: SSA.

For 80 years, Social Security has been a key part of how Americans ensure their financial security after they retire. As reliable as Social Security has been, it has often gone through major changes, and 2016 has turned out to be an unusually active year for the program as important legal revisions take effect. Let's look more closely at some of the biggest changes to Social Security for 2016, as well as what's hasn't changed.

If you were eligible to file and suspend and did so before that date, then family members will still be able to claim spousal or children's benefits based on your work history now or in the future. However, you have to have reached full retirement age in order to have used the file and suspend strategy, so those who didn't hit the 66-year-old mark by the deadline didn't qualify for the grandfathering provisions of the new law. You can still suspend your benefits if you want, but if you do so, your spouse and children will also be forced to suspend any family benefits tied to your work record.

The good news is that those who turned 62 by the end of 2015 are still allowed to file restricted applications when they reach full retirement age, even if it takes several years before they're actually eligible to do so. Those whose 62nd birthday is in 2016 -- other than Jan. 1, which, by a quirky Social Security law, is treated as if it were still in 2015 -- will not be eligible to use the file as a spouse first strategy. For future planning purposes, that line in the sand at the beginning of 2016 will be important in assessing which options are available to you.

Several regular annual increases took effect
Typically, various aspects of the Social Security program are subject to annual changes. For 2016, the amount of earnings needed for a quarter of coverage rose $40 to $1,260, and the earnings threshold constituting substantial gainful activity for disabled beneficiaries other than the blind rose $40 to $1,130.

In addition, the formula for calculating Social Security benefits changed slightly. The so-called bend points for benefits rose, with the lower bend point up $30 to $856 and the upper bend point climbing $177 to $5,157. Similar increases also affected the maximum family benefit formula, which puts an upper bound on the total amount of benefits family members can collect on a single person's work history.

Social Security provides a solid financial foundation for tens of millions of American retirees. Although these changes are substantial, they won't change the fact that Social Security will keep paying benefits that make up a large fraction of total income for many of its participants.