We aren't wired to think about retirement. For 99.9% of history, we worked until we died. And before the Agricultural Revolution (still just a fraction of our existence away), we had a tribe we could count on to take care of us in old age. Thus, the government has incentivized us to change our behavior -- to actually save for retirement.

Both Traditional and Roth IRAs are prime examples of these incentives. While the rules of how each works are slightly different, the bottom line is the same: Putting your money in these accounts offers you tax advantages, incentivizes savings, and penalizes short-term thinking. Those are all good things. 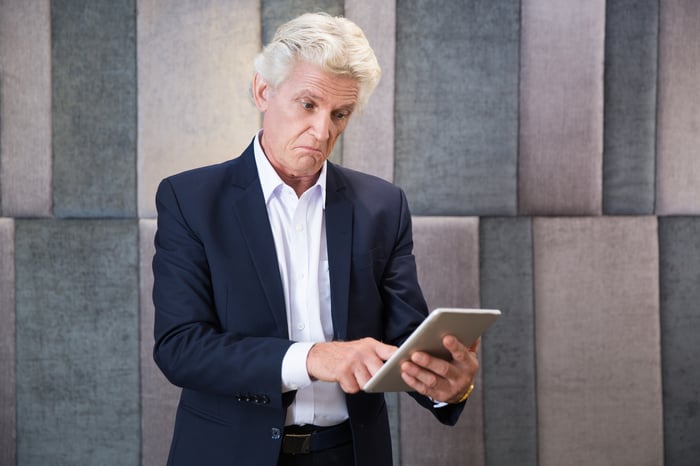 But just because they are in place doesn't mean they're being used properly. Consider these examples.

There are lots of ways to save for retirement. IRAs are just one of many such vehicles. There are also pensions, 401(k) plans, and 403(b)s...to name a few. You can do a good job of saving for retirement and not use an IRA at all. However, it's definitely easier if you utilize all of the tools you have.

There are several data points that make the under-utilization of IRAs clear. For instance:

The key to using an IRA is that it helps reduce your tax liability, gives you the flexibility to invest in whatever you'd like, and -- because of penalties for early withdrawals -- disincentivizes early withdrawals. All of those things are crucial to building up a healthy nest egg.

2. Speaking of those early withdrawals, they can be devastating

There's a catch-22 issue with Roth IRAs: The money that you put in has already been taxed. That means when you pull it out for retirement purposes, you pay no taxes whatsoever. That's great.

It also means that -- after five years of holding money in your Roth -- you can withdraw your principal absolutely free. On the surface, that appears to be a great thing as well. The problem is that with that ease of withdrawing money, many Americans opt to use the Roth as a slush fund.

Using research from Vanguard, the Census Bureau, and Boston College's Retirement Research Center, I recently wrote about how Americans tapping their retirement funds for non-retirement expenses. Doing so costs the average household a whopping $94,000. Losses from using IRA money early -- not including 401(k)s -- totaled $25,000.

The reason for such massive losses is that once you pull money out of your account, you not only lose that money, but you lose all of the future growth the money would have generated. The younger you are when you pull it out, the more you're losing.

Keep this in mind the next time you think of raiding your IRA for non-vital purchases.

3. Giving in to high fees

Finally, we have the problem of trusting the wrong people to dictate where our retirement money goes. If we turn over management of our IRAs to a broker who isn't a fiduciary, we risk paying high fees.

The insidious part of this is that "high fees" don't actually sound that high. Say you're invested in a mutual fund that has an expense ratio of 1.5%. That doesn't sound so bad, does it?

But in actuality, that's an enormous amount. Here's one very simple example: Say you have two people who invest $10,000 at age 30 -- and leave it there until they are 65. For simplicity's sake, let's say they never make additional contributions to this account. Both achieve annual growth rates of about 8%. But one is invested in a mutual fund with a 1.5% expense ration, while the other is invested in a Vanguard ETF with an expense ratio of just 0.20%.

At the end of 35 years, here's the difference in their balances. 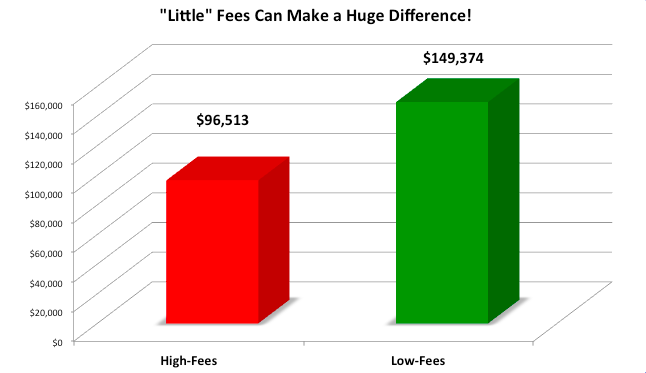 If you want to take a hands-off approach to investing, choosing the lowest-cost provider can make a big difference.

Of these three, the first is by far the most important. Withdrawing money early and paying high fees aren't even issues if you aren't putting money away. So, make that your first priority, and worry about the rest once you have that squared away!