Obamacare is getting closer to full implementation, and many who oppose the provisions have looked at whether they can simply ignore its provisions and keep things the way they are. When it comes to health-care coverage, however, there's a price you'll pay if you don't comply with the requirements that Obamacare imposes.

In particular, Obamacare encourages insurance coverage in two different ways. Beginning next year, penalties on individuals apply to those who don't have insurance. Moreover, employers who have certain minimum numbers of workers have to provide coverage for their employees or else face penalties of their own. Let's take a closer look at those provisions. 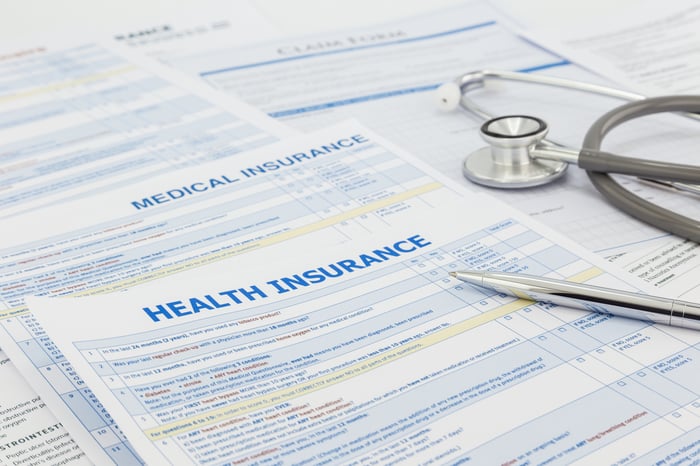 Where things get tricky, however, is in determining who's exempt from having to pay the penalty. Low-income families whose total income falls below the threshold for having to file tax returns -- which hasn't yet been determined for 2014 but would be $10,000 for individuals and $20,000 for families if the provisions applied this year -- don't have to pay a penalty. Those who make more than those amounts have to calculate how much they'd have to pay out-of-pocket to obtain health insurance under the various subsidies available under Obamacare. If their net cost, after taking away any contributions their employer makes on their behalf, is more than 8% of their income, then Obamacare wouldn't impose a penalty.

Moreover, what constitutes "eligible insurance" gets complicated as well. Insurance has to cover at least 60% of an average person's medical costs, which may exclude certain high-deductible health plans. In addition, policies have to cover certain categories of benefits, including mental health, maternity care, and hospitalization, among others.

Fines on employers
In addition to the individual mandate, Obamacare also requires employers who have 50 or more workers to offer insurance to those who work at least 30 hours a week. In general, employers will have to pay annual penalties of $2,000 per worker, with exemptions for the first 30 employees, meaning that companies with 50 uninsured employees will face fines of $40,000.

Obviously, if employers simply don't offer insurance, it's easy to figure out their liability. But the penalties can also apply even if an employer does offer insurance. If the insurance an employer provides is deemed to be unaffordable to the worker -- defined as costing the worker more than 9.5% of household income -- then that worker could receive tax credits to help pay for insurance coverage. That will trigger a penalty provision of $3,000 per subsidized worker, although the amount can never be higher than if the employer didn't offer insurance at all. More complex safe-harbor provisions may help employers avoid penalties in certain other situations. For more information, check out this list of questions and answers on employer responsibilities for Obamacare at the IRS website.

Play or pay
Figures from the Congressional Budget Office estimate that roughly 6 million people will choose to pay Obamacare's penalties rather than obtaining health insurance. That bodes ill for health insurers UnitedHealth Group (NYSE:UNH), WellPoint (NYSE:ANTM), Humana (NYSE:HUM), and their peers, all of which have relied on the effectiveness of the individual mandate to bring in new customers to offset higher costs that Obamacare imposes on them. Moreover, with penalty revenue expected to amount to $7 billion by 2016, the price Americans will pay for not complying with the individual mandate is far from insignificant in its own right.

How Much Will Obamacare's Penalties Cost You? @themotleyfool #stocks $UNH $HUM $ANTM Next Article
Current