Ask the typical American his or her thoughts on paying taxes, and you'll probably get some sort of snarky answer. The truth is, none of us want to pay more taxes than we need to, and if you're smart about taking deductions, you could slash your tax bill and keep more of your hard-earned money for yourself.

As a quick refresher, deductions work by excluding a portion of your income from taxes. Unlike tax credits, tax deductions won't reduce your tax liability dollar-for-dollar; they'll simply prevent a portion of your earnings from being taxed. Furthermore, with a tax deduction, your actual savings will be based on your effective tax rate. If, for example, your effective tax rate is 25%, and you claim a total of $4,000 in deductions, you'll see $1,000, or 25% of that amount, in actual tax savings. 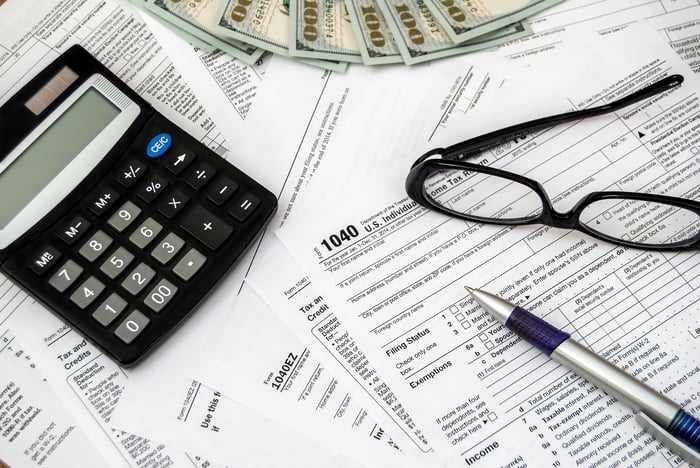 While there are loads of deductions available to taxpayers, here are five in particular you shouldn't forget.

The mortgage interest deduction can be particularly lucrative for homeowners in the early stages of their mortgages. That's because when you first get a mortgage, the bulk of your payments are applied to the interest portion of your loan, as opposed to its principal.

Now there is a limit as to how much mortgage interest you can deduct on your taxes, but most people don't hit it. You can deduct your interest in full provided your loan doesn't exceed $500,000 if you're a single tax filer, or $1 million if you're filing jointly.

Healthcare can be a major burden for working Americans and retirees alike. The good news, however, is that if you spend enough on medical costs, you may be eligible for some tax relief. In fact, you can take a deduction for medical expenses that exceed 10% of your adjusted gross income (AGI), including in-office copayments, prescription drugs, and travel to and from medical appointments. This means that if your AGI is $100,000 and you spend $12,000 on medical care, you can take a $2,000 deduction.

Any time you donate cash or goods to a registered charity, you can take a deduction on your taxes. Keep in mind, however, that if you're donating goods, your deduction should represent the fair market value of the items you give away, not their original value. In other words, if you donate a used coat that you once purchased for $100, you can't deduct the full $100 because that's not what the item would sell for today.

The good thing about tax deductions is that they're not mutually exclusive; you can claim as many as you're eligible for. And the more deductions you take, the more cash you'll put back in your pocket.