Required minimum distributions, or RMDs, are mandatory minimum withdrawals that must be taken from certain tax-advantaged retirement savings accounts, including traditional IRAs, 401(k) plans, and 403(b) plans.

Failing to calculate the correct amount of money to withdraw from retirement accounts results in stiff penalties of up to 50%, so it's important for investors to thoroughly understand the RMD formula. 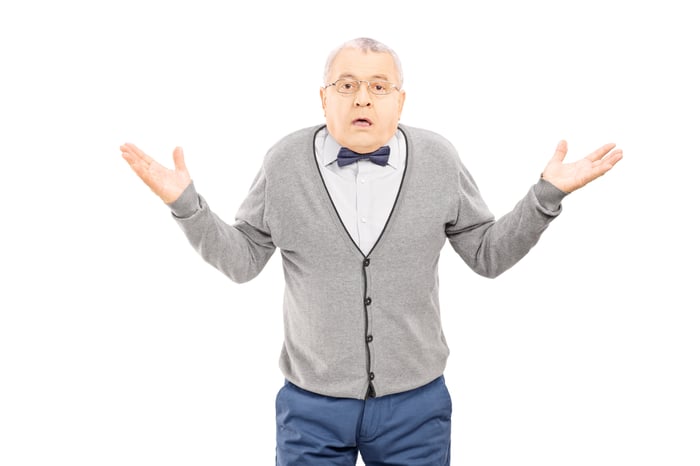 Why do I have to take money out of these accounts?

Generally, contributions to traditional IRAs provide a tax deduction in the year they're made, and pre-tax contributions to employer-sponsored plans, such as a 401(k) plan, go directly from your account without being taxed as income by the Internal Revenue Service (IRS). Any annual gains on the money held in these accounts isn't taxed either, until it's withdrawn.

These tax advantages make traditional IRAs and 401(k) plans great investment options, but that doesn't mean that the IRS doesn't still want its share of the pie. To make sure it can collect income taxes on this money, it mandates that withdrawals from these accounts begin by April 1 of the year following the calendar year during which a person turns 70 1/2. So, if you turn 70 1/2 this year, your first RMD must be taken by April of next year. Annual RMDs must be taken by Dec. 31 thereafter.

What's the percentage I need to withdraw?

The amount that you need to withdraw in RMDs annually depends on your age, the IRS' life expectancy tables, the value of your accounts that are subject to RMDs, and your spouse's age, if applicable.

If you have multiple accounts that are subject to RMDs, you can withdraw the entire RMD from one account. Also, you can take RMDs in regular installments over the course of a year or in one lump sum.

To figure out how much money you need to withdraw, you can use the IRS Uniform Life Table, or if your spouse is more than 10 years younger than you and is the sole beneficiary of these accounts, then you can use the Joint Life and Last Survivor Expectancy Table.

To begin your calculation, total up the value of every account you have that's subject to RMDs. Remember, the sum should reflect the value of these accounts as of the previous Dec. 31. Then, divide that value by the distribution period listed in the IRS table you're using.

What else do I need to know?

It may be tempting to avoid taking your first RMD until the April of the year following when you turn age 70 1/2, but doing so will mean that you'll end up taking two RMDs that year. That's potentially unwise because these withdrawals are taxable income, so taking more than one RMD could move you into a higher income tax bracket, subjecting you to a higher tax bill.

It's also important to understand just how steep the penalty is for forgetting, avoiding, or miscalculating your RMDs. If you don't take out enough money every year, the IRS will slap you with a penalty equal to 50% of the amount you failed to withdraw.

Also, don't confuse accounts funded with after-tax money, including taxable investment accounts, Roth IRAs, and Roth 401(k) plans, with those funded with pre-tax money. After-tax money that's been contributed to accounts like those aren't subject to required minimum distributions, so don't include the values of those accounts when calculating your annual RMD.

Calculating your correct RMD can be complex, so make sure to check your figures carefully or, better yet, consult with your advisor or tax attorney to make sure you don't make any mistakes.