Please ensure Javascript is enabled for purposes of website accessibility
Log In Help Join The Motley Fool
Free Article Join Over 1 Million Premium Members And Get More In-Depth Stock Guidance and Research
By Dan Caplinger - Updated Dec 4, 2017 at 7:11AM

Find out who'll pay more to Social Security in the coming year.

Most people complain that their taxes are too high, and that has prompted numerous calls to provide tax cuts for Americans. Yet despite the possibility that a tax reform package might bring some relief on the tax front, a substantial number of workers already face the prospect for a tax increase in 2018. For them, the boost will come from an increase in the amount of Social Security payroll tax that they have to pay. To help you figure out if you'll be one of the roughly 10 million Americans who'll have to pay as much as $149 more in taxes, here are some things you need to know about the Social Security payroll tax and what's happening to it in 2018.

How much Social Security payroll tax do I have to pay?

The payroll tax that the government collects for Social Security applies to nearly every American worker. Only those who work for state and local governments with their own pension plans designed to take the place of Social Security are exempt from the payroll tax. Currently, this tax is 6.2% of your wages for employees, with employers kicking in an additional 6.2% on your behalf. Self-employed workers are responsible for the entire total of 12.4%. 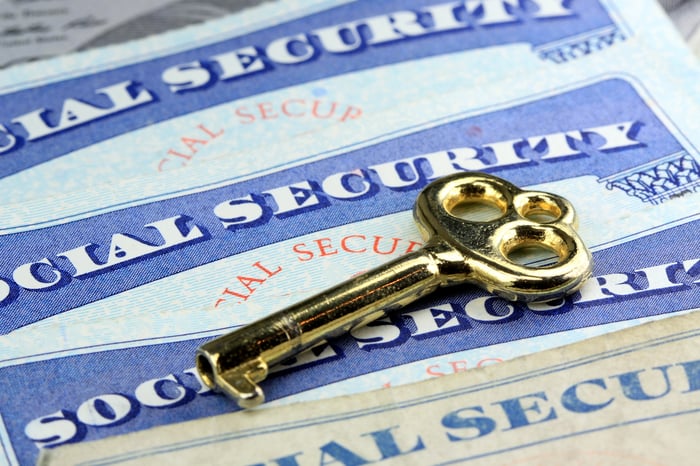 The more money you make from your job, the more you'll pay in payroll tax, but there's a maximum amount above which you're no longer taxed on your earnings. That maximum amount, known as the Social Security wage base, is adjusted for inflation from year to year. In 2018, it's scheduled to go up to $128,400. That's higher by $1,200 from its level in 2017, and as you can see, the amount has risen dramatically over the years. 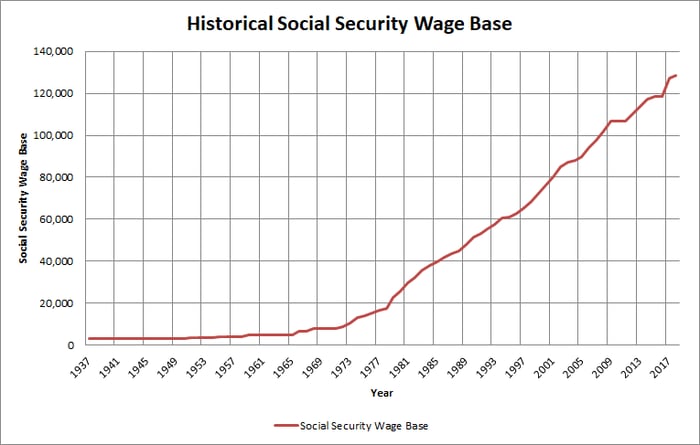 By how much is the maximum Social Security tax going up?

When you do the math, you can figure out that the maximum payroll tax that employees will have to pay in 2018 is $7,960.80. That assumes that someone earns $128,400 or more -- again, how much above that number doesn't matter, because the wage base limit only looks at the first $128,400 of earnings for Social Security tax purposes. That's higher than the $7,886.40 amount that applied to those workers in 2017, because the lower wage base of $127,200 limited taxes to a lesser amount.

Who will have to pay higher taxes?

Most Americans won't see any difference in their Social Security payroll taxes because they earn less than the wage base. For them, paying 6.2% of their entire wages is a regular event.

However, the Social Security Administration estimates that about 6% of covered workers pay the maximum amount of Social Security payroll taxes. In recent years, that has worked out to between 9.8 million and 10 million workers.

The tax hike will amount to $74.40 for those employees who make more than the new $128,400 wage base in 2018. Those who make somewhere between $127,200 and $128,400 will see smaller tax increases. The biggest increases will go to self-employed individuals with incomes above the new wage base, because they'll be stuck paying 12.4% of the increased amount. That works out to $148.80 in higher taxes, and based on numbers in recent years, somewhere between 750,000 and 825,000 self-employed entrepreneurs are likely to have to pay the full amount of that increase.

Increases in the wage base and the corresponding impact on Social Security taxes fly under the radar for most taxpayers, but they do provide some tax revenue to help support the rising financial needs of the Social Security system. Although the 2018 increase will be a lot smaller than the corresponding rise in 2017, employees and self-employed workers should keep close watch on their payroll taxes to make sure they're aware when they pay more.