Please ensure Javascript is enabled for purposes of website accessibility
Log In Help Join The Motley Fool
Free Article Join Over 1 Million Premium Members And Get More In-Depth Stock Guidance and Research
By Wendy Connick - Feb 3, 2018 at 9:17AM

Changes in the medical expense deduction and child tax credit stand out for individual taxpayers.

The tax reform bill that became law last December made extensive changes to the tax code, a few of which will even take effect for the 2017 tax year. Of the many deductions and credits that were boosted, two in particular stand out -- albeit for different reasons.

No. 1: The medical expense deduction

Early drafts of the Tax Cuts and Jobs Act proposed repealing the medical expense deduction entirely, but in the end, Congress not only kept this tax break, but enhanced it. However, the change only applies to 2017 and 2018, so you'll need to move fast to claim your share.

Tax reform boosted this deduction by reducing the AGI percentage you subtract to 7.5% from 10% (again, this is for 2017 and 2018 only). In other words, you can claim medical expenses in excess of 7.5% of your AGI. That will allow many taxpayers to claim larger deductions for their medical expenses. 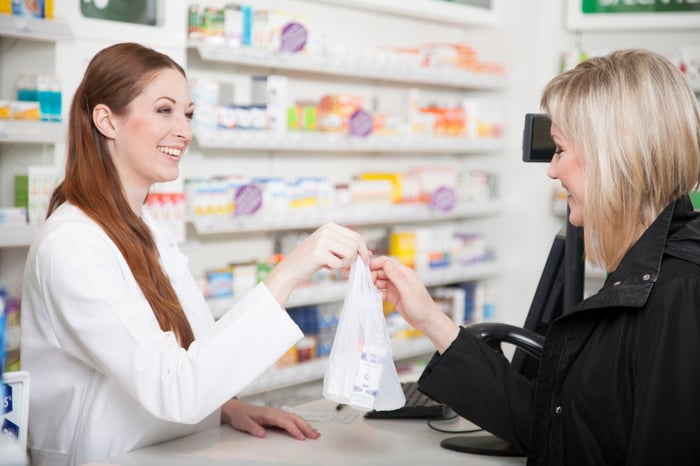 With the new AGI limit, you'll subtract only 7.5% of your AGI, which in this example is $6,000. That means you'd be able to claim $4,000 in medical expenses instead of $2,000, thereby doubling your medical expense deduction for the year.

No. 2: The child tax credit

Tax credits are even better than tax deductions. A tax credit directly reduces your tax bill, while a deduction is subtracted from your taxable income, which means your actual savings only amount to a fraction of the deduction. That's why the dramatic increase in the child tax credit could make an equally dramatic improvement in your tax bill starting with your 2018 return.

Until now, the child tax credit was limited to $1,000 per qualifying child under the age of 17. The credit was refundable for taxpayers who had earned at least $3,000 in income for the year, which means it could not only wipe out your tax bill, but get you a refund for whatever credit amount may be left over. Finally, the credit was phased out for high-income taxpayers -- in 2017, the phaseout begins at $75,000 of modified AGI (MAGI) for single filers and $110,000 for joint filers (MAGI is simply your AGI with certain deductions added back in; for most taxpayers, it will be identical to AGI).

Starting with the 2018 tax year, the credit will double from $1,000 per child to $2,000 per child. The refundable portion of the credit will now be limited to $1,400, meaning that it can't be used to generate more than a $1,400 refund (any excess credit will simply be lost). The earned income requirement to make this credit refundable will be reduced to $2,500, and the modified AGI threshold to claim the full credit will increase to $200,000 for single filers and $400,000 for joint filers.

All of these changes are set to expire at the end of 2025 unless Congress chooses to renew them.

These two tax breaks aren't the only improvements that tax reform introduced, but they're definitely among the most important. The fact that the medical expense deduction improvement is retroactive nicely counterbalances the fact that few taxpayers will want to itemize deductions starting in 2018. And the child tax credit and non-child dependents credit will provide a helpful tax break for nearly every taxpayer with dependents -- so if you qualify for that set of credits, you'll definitely want to grab them starting with your 2018 return.