This child tax credit actually increased by $1,000 -- and more of it is refundable than before.

When you filed your taxes for 2017, that was the last time you filed under the old tax rules. The Tax Cuts and Jobs Act is in effect for 2018, and it has ushered in some big changes.

Not only did tax reform alter tax rates, but it also eliminated or capped some popular deductions while nearly doubling the standard deduction. Although tax reform took away your ability to do things like claim a personal exemption for you and your dependents on your tax return, it didn't eliminate every deduction you may want to take advantage of.

In fact, a lot of great tax breaks remain in effect in 2018, and some have even been expanded. Here are a few of the deductions and credits you can still claim when you file your taxes next year. 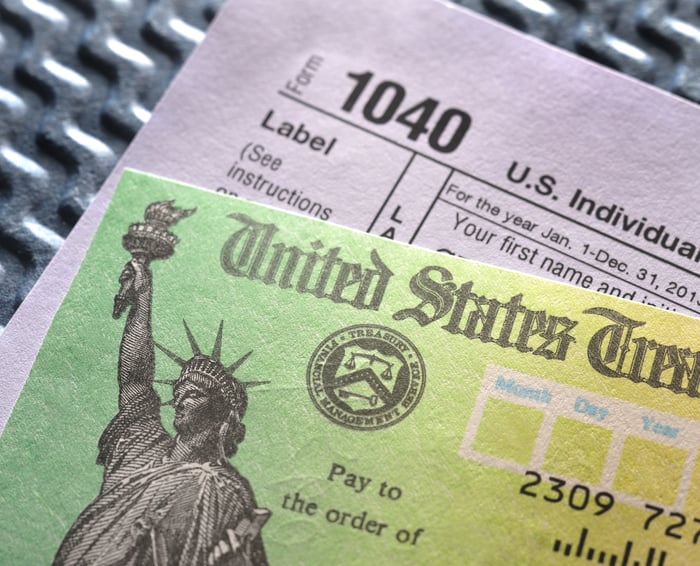 Although the House of Representatives briefly considered limiting the amount of pre-tax funds you could put away in a 401(k) to just $2,400, the rules for retirement accounts did not change. This means you should still be able to claim a tax deduction for investing in a 401(k) at work and for IRA investments (provided your income doesn't exceed the threshold).

2. A tax break for your kids

Personal exemptions are eliminated for 2018, so you'll no longer be able to claim an exemption for your children. If your kids were dependents in 2017, claiming this exemption reduced your taxable income by $4,050 per kid.

More of the credit is now refundable as well. Up to $1,400 of the child tax credit can be refundable in 2018, which means the credit not only can reduce your tax bill to $0 but you can actually get money back if you didn't owe as much in taxes as your credit was worth.

More people can also claim the child tax credit, as this credit is now available to taxpayers with modified adjusted gross income of up to $400,000 for a married couple filing jointly, up from a $110,000 limit that applied pre-reform.

These new rules are in effect through 2025, when the child tax credit rules revert back to pre-tax reform policies.

Early tax reform proposals eliminated a tax deduction for student loan interest, but the deduction was saved in later negotiations. This means those who are repaying educational debt can still take a deduction of up to $2,500 in interest paid over the course of the year.

The deduction is capped at the lesser of interest actually paid or $2,500, and it is available only to those who paid interest on loans they were legally obligated to repay -- parents who voluntarily repay loans for their kids can't claim the deduction.

Tax deductions for charitable contributions are not only still available in 2018, but expanded. Under the new rules, taxpayers can now deduct charitable contributions valued at as much as 60% of adjusted gross income, up from 50% before tax reform. However, charities are still concerned tax reform will reduce the incentive to donate because the deduction for charitable giving is available only to those who itemize on their taxes. By almost doubling the standard deduction, far fewer people are going to itemize, which means there will be a lot fewer people who can claim tax breaks for giving to charity.

The tax deduction for medical expenses was also expanded under tax reform. While you previously had to spend 10% of your income on medical care to be able to deduct medical expenses, you can now take a deduction once healthcare costs exceed 7.5% of your adjusted gross income.

Make sure to claim your tax breaks

While you've got a lot of time until 2018 taxes are due, knowing the rules now can help you make smart decisions throughout the year -- like contributing to your retirement accounts so you can claim the full deductions and keeping track of all your medical spending.

You can find out all of the details about tax reform here, and can start working on finding ways to save on your 2018 taxes all year long.