Please ensure Javascript is enabled for purposes of website accessibility
Log In Help Join The Motley Fool
Free Article Join Over 1 Million Premium Members And Get More In-Depth Stock Guidance and Research
By Maurie Backman – Feb 6, 2019 at 6:06AM

Hate doing taxes? Good news: You can outsource your return and take a load off in the process.

If filing your taxes involves nothing more than copying some numbers from a W-2 onto a form and calling it a day, then you're probably equipped to handle your return by yourself. But if your taxes are at all complicated -- say, you're self-employed or have enough deductions that it makes sense to itemize -- then going it alone could cause you a world of stress and put you at risk of making errors that get your return rejected or further scrutinized. Here are three reasons you might want to hire a tax professional this year.

1. The tax code is even more confusing than ever before

The tax code has always been loaded with rules, but this is the first season where the massive 2018 tax overhaul comes into play. As such, many accountants are struggling to interpret some of the changes, and if they're having a hard time, it means that the average income-earner is even less equipped to tackle those new laws. By hiring a tax preparer, you'll benefit from the insight of someone whose job is to research those new rules until they're clear as day. So unless you're eager to invest your own time in a similar exercise, it might pay to throw some money at the problem instead. 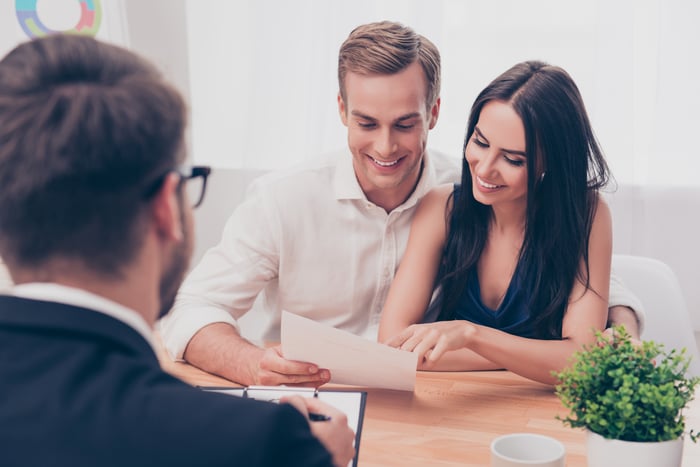 If you've been doing your taxes for quite some time, you probably know a thing or two about maximizing tax breaks. But do you really know as much as a tax professional who prepares returns for a living? There's a host of tax credits and deductions available to filers, some of which may be less obvious than others. And while today's electronic software is designed to help you identify the credits and deductions you might be eligible for, an actual human who's specifically evaluating your taxes is probably better suited to help you shave the most off of your IRS bill.

3. You'll have help in the event of an audit

Let's be clear: IRS audits are pretty rare. Less than 1% of tax returns are audited each year, and if you're a middle-earner, your chances of having your taxes further examined are even lower. That said, audits can happen, and the benefit of hiring a tax preparer is that in most cases, that person will be available to provide support should you end up needing to defend your claims to the IRS. If you file your own taxes, you'll most likely have to go it alone if the IRS comes knocking for more information.

Ultimately, hiring a tax preparer can make an otherwise daunting process just a bit less stressful, and if your taxes aren't overly complicated, you might pay $300 or less for the convenience of having an outside person tackle them for you. But don't delay -- tax season is already well underway, and tax professionals are already swamped with filing requests. The sooner you find yourself a qualified tax preparer, the better your chances of getting the help you need in time for the April 15 filing deadline.