Please ensure Javascript is enabled for purposes of website accessibility
Log In Help Join The Motley Fool
Free Article Join Over 1 Million Premium Members And Get More In-Depth Stock Guidance and Research
By Dan Caplinger - Mar 18, 2019 at 8:12AM

Find out if you're in for a nasty surprise when you file your new tax return.

Tax reform measures have created new tax forms for taxpayers to complete, and many people are struggling to understand how to deal with the differences between the new forms and what they've filled out for years. Although the main 1040 form is a lot shorter than it used to be, there are new schedules that taxpayers have to attach to file a complete return.

Schedule 4 includes a number of taxes other than primary income tax. Although many taxpayers won't have to pay any of these additional taxes, those who do could see substantial boosts to their tax liability. Here, we'll look more closely at Schedule 4 and whether you might owe one or more of these taxes. If you're self-employed and make more than $400 from that work, then you're responsible to pay self-employment tax. The tax of up to 15.3% represents the combined employee and employer shares of Social Security and Medicare payroll taxes. Employees don't pay this tax because their employers withhold these payroll taxes automatically. The actual calculation of the tax takes place on Schedule SE, but this line is where the final result goes.

Employees who receive tips that weren't reported to their employers are responsible for covering the Social Security and Medicare payroll taxes on those amounts themselves. That amount of tax goes on Line 58, calculated using IRS Form 4137. In addition, if you were an employee but your employer didn't properly withhold payroll taxes, then Form 8919 will tell you how much to enter on this line to cover the unreported tax. 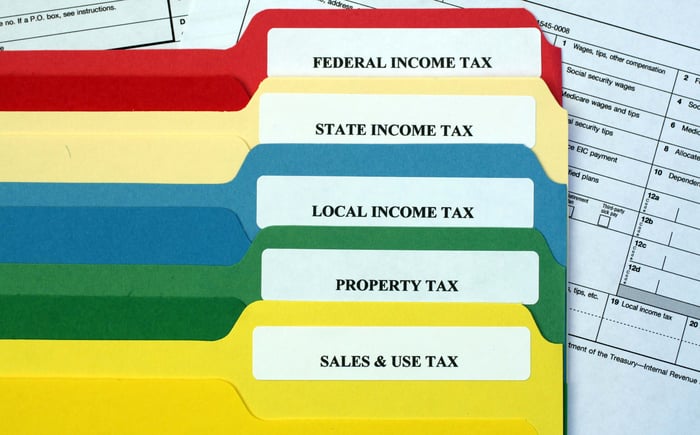 A variety of provisions impose extra taxes on retirement plans if you don't comply with their respective rules. The most common is the 10% penalty for taking early withdrawals from IRAs, 401(k) plans, or similar tax-favored retirement accounts. But others apply if you exceed contribution limits or fail to take minimum distributions as required. In some cases, you'll need Form 5329 to help you calculate the appropriate amount to go on Line 59.

If you employ a household worker who isn't a student under age 18 and pay them more than $2,100 per year or $1,000 in any quarter, then you might owe household employment taxes. These taxes cover the Social Security, Medicare, and unemployment tax liability that employers routinely pay. Schedule H will help you come up with the right amount to put on Line 60a.

A first-time homebuyer credit was available in the aftermath of the housing bust, and those who qualified could receive credits of up to $8,000. However, the credit was available only in 2008, 2009, and 2010. Those who received the credit in 2008 were required to repay it over a 15-year period, and so the appropriate one-fifteenth amount -- or a larger amount you choose to repay instead -- is what goes on Line 60b. Form 5405 will help you come up with the right amount to put on Line 60b if you sold that home or if other special situations apply.

Line 61 is where taxpayers include amounts due under the Affordable Care Act for those who don't have qualifying minimum essential coverage and who don't qualify for an exception. Also known as the Obamacare penalty, the general amount for 2018 is $695 per adult and $347.50 per child up to $2,085 per family, or 2.5% of income above the filing threshold, whichever is greater. However, the Trump administration broadened its definition of hardship exemptions while eliminating documentary evidence, thereby making it almost impossible for the IRS to challenge a taxpayer claiming hardship.

Finally, two taxes affecting high-income taxpayers go on Line 62. The additional Medicare tax is a 0.9% surtax on wages and salaries above $200,000 for single filers, $250,000 for joint filers, and $125,000 for married taxpayers filing separately. The net investment income tax imposes an extra 3.8% tax on income from interest, dividends, capital gains, royalties, and other investment-derived sources, with the tax applying to the extent that the income pushes total taxpayer income above the same threshold amounts. Forms 8959 and 8960 will help you calculate the appropriate amounts to include on Line 62.

Don't pay more in taxes than you have to

Schedule 4 has no good news for taxpayers. But the more you understand the additional taxes you might owe, the easier it'll be for you to take steps to avoid them in the future.