Each year, the majority of people who file a tax return wind up with some amount of money back from the IRS. But what if you're in the minority of folks who end up underpaying their taxes and therefore owe the IRS money?

Such has been the case for a significant number of filers this year in particular, as changes to the tax code have resulted in higher bills for some workers. And while owing a bit of money isn't necessarily a bad thing, as it means that you held onto that cash for longer instead of letting the government do so, it can be problematic when you're not expecting to write out a check at tax time. 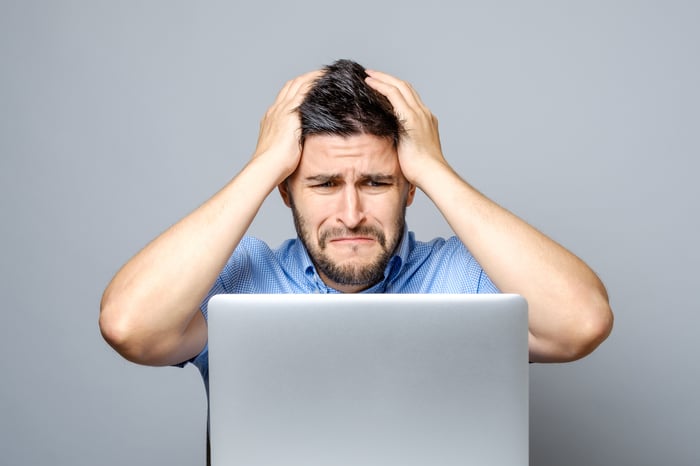 That was my experience a couple of years back. While I wasn't expecting a refund per se, and I knew that I'd probably end up owing some money on my taxes, I was shocked when I realized just how many thousands of dollars I was on the hook for. Thankfully, I managed to pay off my bill in full, because filers who don't do so face a hefty late payment penalty that can make an expensive tax bill even pricier.

If you're staring down a whopper of a tax bill, you should know that the IRS will generally work with you to pay it off over time. All you need to do is ask for an installment agreement, and the agency will usually grant you some leeway so you're not forced to scramble or panic. That said, the sooner you pay your tax bill in full, the less interest you'll rack up, so here are a few tricks you might use to knock out that debt sooner.

1. Raid your savings, but only to a point

The point of having an emergency fund is to give you access to money when unplanned expenses sneak up on you, and an unexpected tax bill is certainly one of them. That said, you don't necessarily want to empty your entire emergency fund to pay off the IRS.

The reason? Once you get on an installment plan, you'll face a reasonable amount of interest on your unpaid tax debt. But if you deplete your emergency fund and then face another unplanned bill, you may be forced to charge it on a credit card and subject yourself to far more interest in the process. Therefore, feel free to dip into your savings account to pay your tax bill, but leave yourself some money for other unknowns.

There are plenty of good reasons to get yourself a second job, and paying an unplanned tax bill is one of them. The great thing about having a side hustle is that the money you earn from it won't already be earmarked for existing expenses, and as such, you should have no problem using that income to chip away at your tax debt.

Furthermore, know that you don't have to settle for some boring gig (think wasting away at a call center or shivering on a street corner while handing out fliers) to earn extra cash on the side. You can take a hobby you enjoy, like writing, photography, or pet care, and turn it into an income source.

3. Take inventory at home and sell things you can part with

Chances are, you have some items taking up space in your closets at home that you not only don't need, but wouldn't even miss if they were to disappear. Selling these items is a good way to painlessly scrounge up extra cash, since you're not really sacrificing much other than a few hours of your time.

Now if you're looking to bring in a decent amount of money, you'll want to focus on items that are in great condition and generally desirable -- things like not-so-outdated electronics and furniture items most folks can use. Other items that might sell well include clothing with tags still attached, baby gear, and sports equipment.

Getting slapped with a tax bill can be a major drag, especially if you're used to getting money back from the IRS. But remember this: A tax refund isn't a great thing, either, since it means that you overpaid your taxes during the year and let the government hold onto your cash during that time for nothing in return. Your goal during tax season should generally be to break even, or get as close as possible. Therefore if you're looking at a pretty large tax bill, you may want to adjust your withholding to have more tax taken out of your paychecks for the remainder of the year. This could help you avoid a scenario where you're stressing over a tax bill come this time in 2020.