It's somewhat rare to have taxes on the brain in December, what with the holidays occupying much of your time (and earnings). But the tax moves you make in the coming weeks could save you a substantial amount of money -- money you can't afford to give up. Here are a few critical items to check off your list before 2019 winds down.

Funding a retirement account like an IRA or 401(k) isn't just a smart thing to do for your golden years; it can also save you money on taxes in the near term. If you contribute to a traditional IRA or 401(k), the amount you put in goes in tax-free, and your associated savings are a function of the tax bracket you fall into. This means that if you put $5,000 into a traditional retirement plan this year, and you're in the 24% tax bracket, that's an instant $1,200 in savings, since the IRS can't tax you on that $5,000. 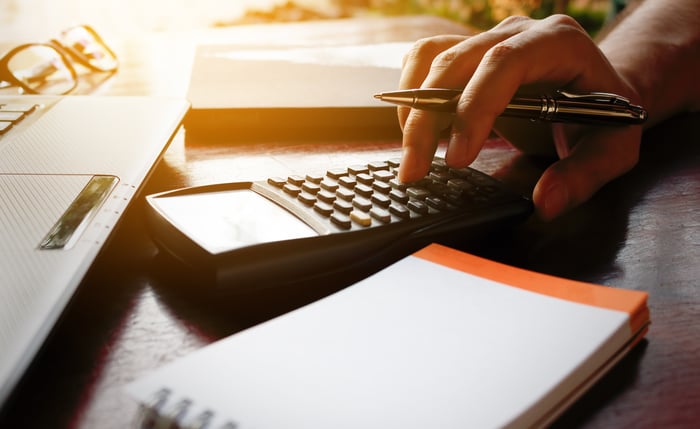 Now if you're self-employed, you should know that you have the option to save in other types of retirement plans -- namely, SEP-IRAs, SIMPLE IRAs, or solo 401(k)s. The annual contribution limits for SEP and SIMPLE IRAs are higher than those of a traditional or Roth IRA, so it pays to see if maxing out is a possibility for you. The same holds true for a solo 401(k) -- you can actually put in up to $56,000 this year if you're under 50, or up to $62,000 if you're 50 or older, though your ability to max out will hinge on what your income looks like.

2. Pay estimated taxes on your side income

If you have a side gig on top of your regular job for which you're paid as an independent contractor, you're responsible for paying taxes on that income. If you don't, you'll risk penalties for underpaying the IRS. Those taxes need to be paid on a quarterly basis, and you actually have until January 15, 2020, to make your final tax payment for 2019. But the sooner you figure out how much tax you owe, the better. With the holidays coming up, the last thing you want to do is go overboard on spending to the point where you risk not having enough money to pay the IRS.

3. Ramp up your charitable giving

Now that the standard deduction is much higher than what it was prior to the 2018 tax overhaul, it's harder to come out ahead financially by itemizing on your tax return. But if you pay a lot of mortgage interest, property tax, or state income tax, itemizing could still make sense.

That said, if you're going to itemize, it could pay to employ a strategy known as bunching your charitable donations, which means you donate a lot of money in a given year (perhaps two years' worth of donations) to snag a higher deduction. As such, take the opportunity to give more to charity in the coming weeks. You can donate money as well as goods you no longer need.

If you have underperforming investments taking up valuable real estate in your portfolio, be sure to unload them by the end of the year. If you do, you'll get to use that loss to offset capital gains for the year, thereby helping you avoid taxes on them. And if you don't have any investment gains to worry about, you can still make good use of that loss, since the IRS allows you to take up to $3,000 of it to offset ordinary income.

But that's not all -- you're also allowed to carry an investment loss into future tax years and capitalize on it then. This means that if you're sitting on a $5,000 investment loss this year with no capital gains to offset, you can use the first $3,000 of that loss to offset your regular income, and then carry the remaining $2,000 into 2020.

If you have money sitting in a flexible spending account, or FSA, you generally have until the end of the year to use it (though you may get the option to carry a portion of that balance forward without losing it, or the option to spend down that balance by a certain point in early 2020). That's why it pays to go shopping -- for medical supplies -- in the coming weeks. Stock up on staples like bandages and sunscreen, which are FSA-eligible, and if you need a new batch of contact lenses, now's the time to order. You can even try renewing medications early to avoid forfeiting funds in your FSA, or pushing up medical appointments to the end of the current year.

Though you may not be in the mood to worry about taxes in December, now's the time to give them some thought. Doing so could save you money and spare you a world of hassle once 2020 rolls around.