Taxes are a part of life, whether you earn a modest salary or a high one. And filing a tax return is something most of us need to do on a yearly basis.

But submitting your return late can be very problematic. If you owe the IRS money and you don't submit your taxes on time, you'll be hit with a failure-to-file penalty equal to 5% of your unpaid tax bill per month or partial month your return comes in late. Ouch. You'll also face a late payment penalty if you don't pay your tax bill by the time the filing deadline rolls around.

It really pays to be on time with your taxes. But surprisingly, only 27% of Americans were able to identify the 2020 tax deadline in a new survey by financial company Self. And only 15% knew the deadline for requesting a tax extension. 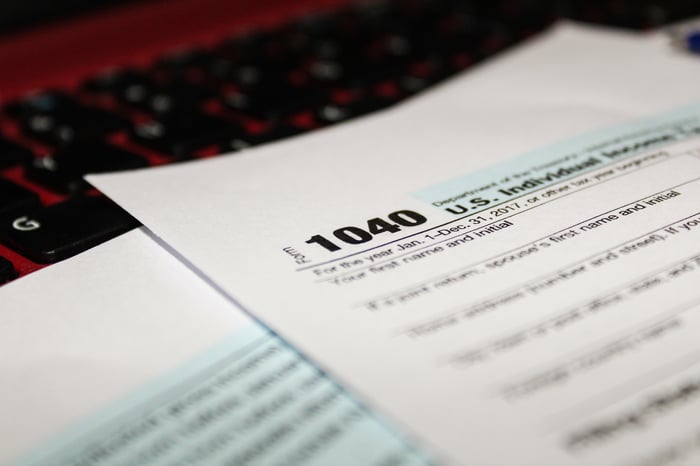 If you're in the dark on IRS deadlines, you risk getting your taxes in late and facing penalties in the process; it's a good way to needlessly hurt your finances.

The tax-filing deadline this year is April 15, which is the standard deadline. Sometimes, the filing deadline will get pushed back by a day or two if April 15 falls on a weekend, but in general, you should assume that's when your taxes are due.

April 15 is also the deadline for requesting a tax extension. If you can't complete your return by April 15, you can ask the IRS for more time to get your taxes done. The good thing about tax extensions is that you don't need a specific reason to ask for one -- all you need to do is file for an extension on time, and it'll be granted, giving you six more months to complete your taxes.

Get your taxes done sooner rather than later

Though you have until April 15 to get your 2019 tax return completed (remember, that's the return you'll be filing in 2020), it pays to finish your taxes as early in the season as you can. The reason? If you're due a refund, you'll get your money sooner. The IRS typically issues refunds for electronically filed returns within 21 days.

The IRS will begin accepting tax returns on January 27. If you have all of your tax documents by then and file immediately, you could be sitting on a refund by mid-February. That said, if you're claiming the Earned Income Tax Credit (EITC) or the Additional Child Tax Credit, you should expect your refund to be delayed until late February due to extra fraud-related precautions related to these credits that the IRS must take.

Regardless of whether you're getting a refund, it still pays to be on time with your taxes, so commit April 15 to memory -- and make sure you stick to that deadline.