Please ensure Javascript is enabled for purposes of website accessibility
Log In Help Join The Motley Fool
Free Article Join Over 1 Million Premium Members And Get More In-Depth Stock Guidance and Research
By Maurie Backman – Jun 19, 2020 at 7:46AM

If you're on unemployment, here are some important things you need to know.

Millions of Americans have lost their jobs during the COVID-19 outbreak. If you're one of them, there's a good chance you're entitled to unemployment benefits that can help compensate for your absent paycheck. Generally speaking, you're entitled to unemployment if you're out of work due to no fault of your own -- a situation many people have landed in during the pandemic as businesses have shut down left and right.

Under normal circumstances, those benefits might replace just a portion of your former income, but thanks to the CARES Act passed in March, workers on unemployment are also entitled to a $600 weekly boost effective through July 31 (and lawmakers are working to extend that boost even longer). As such, some people may be earning more money from unemployment than they did at their jobs. 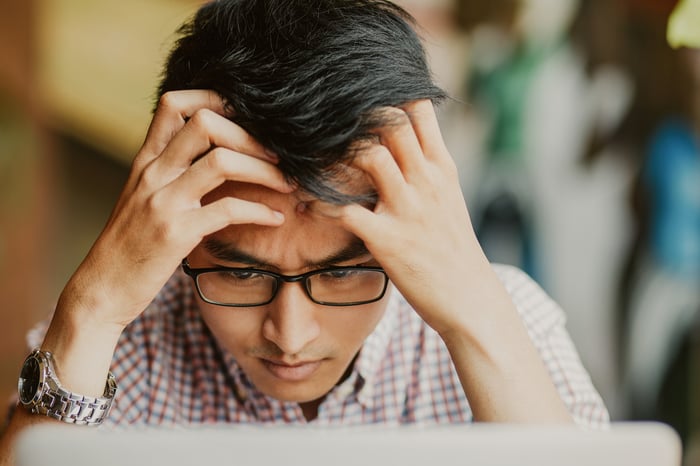 On the other hand, workers on unemployment may be in for a financial shock when they realize that those benefits aren't theirs free and clear of taxes. In fact, 37% of Americans didn't realize that unemployment compensation is considered taxable income, according to a new Jackson Hewitt survey. And that's a mistake that could throw their finances seriously off-course.

Your unemployment benefits aren't all yours to keep

But a safer bet may be to get your taxes paid up from the get-go by electing to have 10% of your weekly benefits withheld from the start. That way, you won't have to worry about forgetting to make estimated payments and potentially winding up with a tax penalty on your hands.

As Mark Steber, Chief Tax Information Officer for Jackson Hewitt, says: "Unemployment does not automatically withhold taxes. For taxpayers who do not pay estimated taxes on the unemployment income or withhold appropriately, they will likely owe more come tax time."

Furthermore, if you're collecting unemployment, it could pay to consult with a professional who can advise you on how to plan for taxes in light of it. Steber adds:

Unemployment makes tax situations more complicated and has three times the risk of error for taxpayers who might consider filing by themselves. Unemployment benefits are considered taxable income. Many recipients are unaware of this and unintentionally leave it off their tax return. The IRS always catches this mistake.

The good news is that if you're on unemployment this year, you should receive a 1099 form early next year summarizing the total amount of benefits you received. That way, you'll know what information to include on your 2020 tax return.

Still, it's important to read up on how unemployment benefits work from a tax perspective to avoid unpleasant surprises -- like owing the IRS a chunk of cash at a time when money might still be extremely tight.