Please ensure Javascript is enabled for purposes of website accessibility
Log In Help Join The Motley Fool
Free Article Join Over 1 Million Premium Members And Get More In-Depth Stock Guidance and Research
By Maurie Backman – Updated Jun 12, 2020 at 8:16AM

Supplemental unemployment benefits have been a lifeline for out-of-work Americans but they're set to expire soon.

Millions of Americans have lost their jobs in the wake of COVID-19, and while unemployment levels fell slightly in May, they're still extraordinarily higher than they were before the pandemic hit home. In March, the CARES Act was passed to provide relief for struggling Americans and called for, among other things, a $600 weekly boost in unemployment benefits.

Currently, anyone on unemployment is entitled to an extra $600 a week on top of the benefit he or she would otherwise collect. As such, some workers are actually making more money on unemployment than they did at their previous jobs. But that $600 weekly boost is set to expire at the end of July, and right now, lawmakers have a very important decision on their hands: to extend it or not. 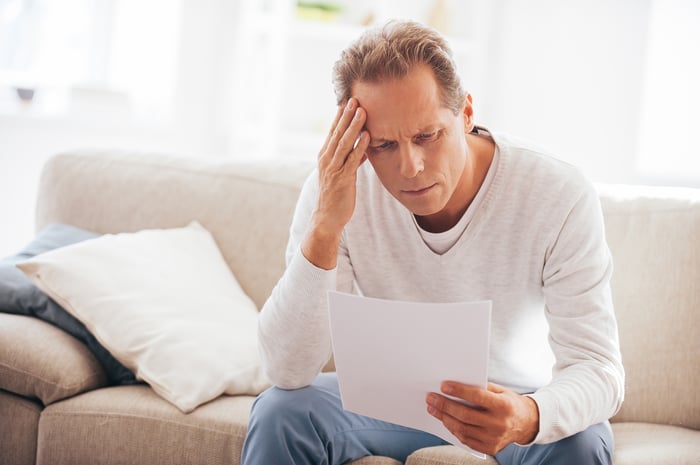 Despite the fact that unemployment levels dropped in May (which technically may not have actually happened), the U.S. economy is still in bad shape. In fact, economists declared earlier in the week that we're officially in a recession. As such, it's likely that those who are out of work right now will remain unemployed for the better part of the year and quite possibly into 2021. And it's these same workers who need that extra relief.

On the other hand, some lawmakers are arguing that now that the country is opening back up, jobs are apt to get added. Easing restrictions will also give more people an opportunity to spend money, thereby allowing for job creation. If that happens in short order, we may see unemployment levels drop further, thereby potentially negating the need for added relief.

Of course, it's great to be optimistic about a quick recovery, and we may experience one. But let's not forget that health experts have warned all along that a second wave of COVID-19 is likely, if not inevitable. In fact, 22 states are already seeing jumps in COVID-19 cases.

If the pandemic worsens domestically, we could see a follow-up lockdown that destroys any chance of near-term economic recovery and results in even more job loss. The Congressional Budget Office projects that the unemployment rate will stay in double-digit territory through the rest of this year.

It's perhaps this very fear that drove Democrats to propose that the $600 weekly unemployment supplement be extended through January of 2021. That's just one provision of the HEROES Act, which also calls for a follow-up round of stimulus payments. But Republicans have been pushing back, and earlier this week, Labor Secretary Eugene Scalia expressed his opposition to extending the $600 weekly unemployment boost on the basis that the economy should be in a very different place by the end of July.

While that may very well be the case, without a crystal ball, we just don't know. And that's hardly helpful for the millions of Americans who stand to struggle financially if that $600 supplement were to disappear before they're reemployed.