You may have heard that some workers will now be getting a paycheck boost. Here are some details.

In August, President Trump signed an executive order calling for a payroll tax deferral starting in September and lasting through the end of the year. Essentially, what that tax break will do is boost some workers' paychecks temporarily, leaving them with more money to spend in the near term. The hope is that the extra money will help the economy in the absence of a second stimulus check, which can't go out until lawmakers come to terms on a complete relief bill.

If you're not sure how this new directive will affect your taxes and paycheck, you're probably in good company. Here are a few things you should know about it.

1. Your employer may not offer it

For your paycheck to get larger under the president's tax deferral order, your employer needs to make payroll changes. And some companies aren't taking that step. You'll need to talk to your employer or payroll department to find out what to expect. 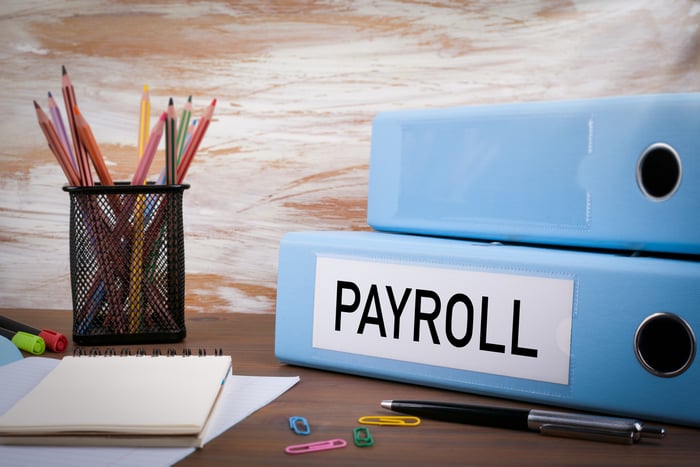 President Trump's payroll-tax deferral is only for workers earning $104,000 a year or less, or $4,000 or less per biweekly pay period. If your earnings exceed this threshold, you won't see your paycheck go up in the near term.

3. You'll probably pay that tax back one way or another

The president's payroll tax break is only a deferral; it's not a permanent tax holiday as of now. Granted, he has stated that if he's reelected, he'll seek to forgive all deferred payroll taxes between September and December of 2020. But there's no guarantee that will happen (and whether the president would even have the authority to do that is still up for debate). As such, don't expect to be let off the hook permanently for those taxes. If they're not forgiven, what will happen is that the amount you owe will be deducted from your earnings in even installments starting on Jan. 1 through April 30 of next year until you're all caught up.

4. Your annual bonus may not be eligible for a deferral

Getting a bonus late this year? If so, you may not see a payroll tax deferral on that check. You're eligible for that deferral if your biweekly wages don't exceed $4,000. If you get more than $4,000 during the pay period that includes your bonus, you might have to pay those payroll taxes in full. But again, in this case, you're not really "losing" any money because eventually, everyone has to pay those taxes back unless they somehow do wind up being forgiven.

Clearly, there's a lot of confusion surrounding the new payroll tax break, but the one thing to keep in mind is that you're really not getting free money out of the deal. As such, don't rush to spend your boosted paycheck, because unless those deferred taxes are forgiven, which is pretty unlikely to happen, you're going to wind up paying the IRS what you owe one way or another.