The coronavirus pandemic has caused an unemployment crisis unlike any other. While the jobless rate has declined since hitting a record high in April, millions of Americans are still out of work and have grown reliant on unemployment benefits to cover their bills. But it's these same workers who may be in for a very unpleasant surprise when they sit down to file their 2020 taxes next year.

Generally, you'll be given the option to have 10% of your weekly benefit withheld for this purpose before you start collecting that money. Otherwise, you can collect your benefits in full and then make estimated quarterly tax payments to the IRS. 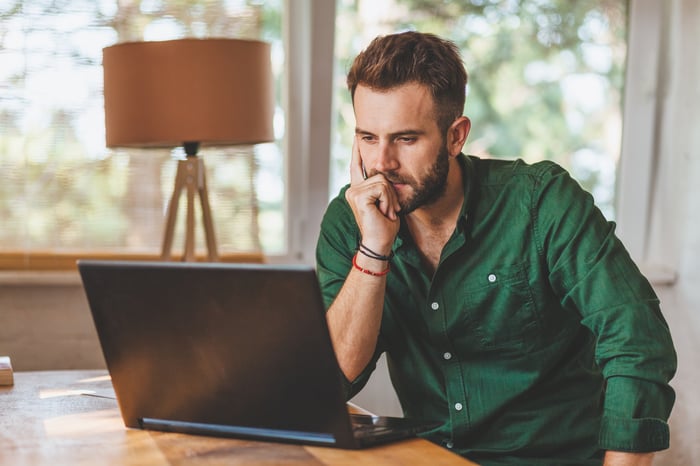 But you can't sit back and assume that you won't face any tax liability on those benefits, because that's just not reality. And unfortunately, a lot of people are uninformed in this regard. In a recent survey by Jackson Hewitt Tax Service, 38% of respondents said they didn't know that unemployment benefits were taxable in the first place. Furthermore, 61% of respondents have not withheld or set aside money from their unemployment pay for their 2020 income taxes.

The result? A lot of people could be in for a serious tax bill in April, when 2020 taxes are due. As Mark Steber, Chief Tax Information Officer at Jackson Hewitt Tax Service explains:

This year there is real potential for refund shock. A large number of people receiving unemployment benefits don't know that the benefits are taxable, that taxes are not automatically withheld, or that unemployment pay can impact other tax credits. This group, especially those accustomed to getting a refund, might be shocked to see that they actually owe taxes come April 15. This could be due to not withholding tax from unemployment pay.

Get ahead of those taxes

If you're collecting unemployment benefits and don't want to deal with a tax headache later on, try having a portion of that income withheld for federal tax purposes -- even if you didn't do so initially. (Some states will allow you to change your tax withholding once you begin collecting benefits.) And if you've been collecting benefits for the better part of the year and haven't paid a dime of taxes on that money, plan to make an estimated quarterly payment to the IRS by Jan. 15. If you let that tax debt sit, thinking you'll just repay it when you go to file your 2020 return in April 2021, you'll risk racking up interest and penalties on that unpaid sum.

Remember, our tax system works on a pay-as-you-go basis. The IRS wants its share of your unemployment income as you collect it. The better you prepare now, the less likely you'll be to encounter a shock when April rolls around.