The holding period of virtually any asset -- including investments -- is an important concept that you need to understand if you want to make smart tax choices.

Calculating how long you've held an asset is a fundamental component of the tax treatment of capital gains and losses, because the Internal Revenue Code distinguishes between short-term and long-term gains and losses. Long-term gains on most assets are taxed at lower rates than are short-term gains or ordinary income. Under the current law, an asset has a long-term holding period if it has been held, or is deemed to have been held, for more than one year. 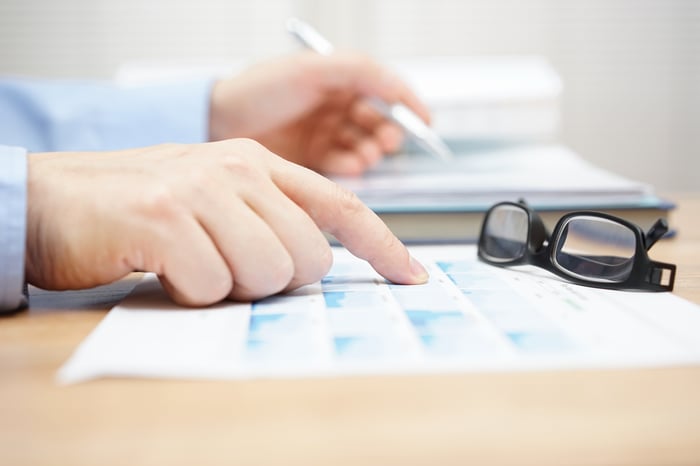 To compute the holding period of property, you begin counting on the day after the date you acquired the property and stop counting on the day that you dispose of it. But you don't merely count out 365 days. Instead, you use that first day as a benchmark for each succeeding month. You then use that benchmark to determine your sale date and your ultimate holding period. If you've held the property for more than one year, your gain or loss is a long-term capital gain or loss. If, on the other hand, you've held the property for one year or less, your capital gain or loss is short-term.

This might seem easy on first blush, but it can get a bit tricky. Various assets that you purchase or acquire will have odd holding periods, according to the law. Here are some examples of investment property and the specific rules for calculating holding periods that apply to each.

Securities traded on an established market: For these, the holding period begins the day after the trading date on which you buy the securities and ends on the trading date on which you sell them. You ignore the settlement date for holding-period purposes. The trade date -- the date on which the transaction occurs -- controls the transaction. Settlement dates, usually a few days after the trade date, represent the time when payment must be made for a purchase or when assets must be delivered for a sale.

Nontaxable trades: If you acquire new investment property in exchange for old investment property, such as in a tax-deferred exchange, the holding period begins on the day after the date the original (or old) property was acquired. So if you exchange or trade a beachfront lot that you bought in May 1999 and use the proceeds to buy a cabin in the mountains in 2008, your holding period for the mountain cabin begins on the day after the date you bought the beachfront lot, all the way back to May 1999.

Real estate: If you purchase real property under an unconditional contract, you begin counting on the day you received title to the property or the day after you took possession and assumed the incidents of ownership, whichever is earlier. Taking delivery or possession of real property under an option to purchase, however, is not enough to start the holding period. The holding period cannot start until there is an actual contract of sale. Likewise, the seller's holding period cannot end before that time.

Inheritance: If you inherit investment property, your gain or loss on any subsequent disposition of such property is generally treated as a long-term gain or loss regardless of how long you may have actually held the property. This being the case, you are considered to have held the inherited property for more than one year even if you dispose of the property within one year of the decedent's death.

For example, let's say your Aunt Bernice passed away in March 2007 and left you 100 shares of stock. After the estate was settled in June 2007, you were given those shares in your name. You turned around and sold the shares in July 2007. Even though you held the shares for less than a year, you can treat them as though you held them for a long-term period. So your gain or loss on these shares would be a long-term gain or loss to you. This is true regardless of how long Aunt Bernice may have held the shares before she passed away.

Stock splits and spinoffs: If you receive a stock dividend, your holding period for the "new" shares is the same as for the "old" shares. This is also true if you receive new stock in a company that has been spun off from the original company that you purchased.

Here's another example. Using the same facts as above, let's assume that instead of declaring a stock dividend, the company spun off a subsidiary. Jack receives an additional 30 shares of the new company in January 2008. Even though these are brand-new shares in a brand-new company, they will have the same holding period as the original shares that were purchased back in April 2006.

There are other tricks and turns regarding holding periods. These are only the common rules, and they by no means cover every holding-period situation. So if you find yourself in the middle of an unusual transaction, check the holding-period rules carefully. The tax dollars you save might be your own.

For more on the taxes that affect investors, read about: