Don't fall into these dangerous traps.

Though there's something to be said for face-to-face communication in the business world, the fact of the matter is that most of us are heavily reliant on email to convey information back and forth. The beauty of email is that it's quick and easy. You can send messages when you have the time, and reply at your convenience.

But despite the benefits of email, there's a danger in relying on it as your primary means of communication. For one thing, email doesn't convey tone, and relationships can get damaged if you're not careful. Furthermore, email opens the door to a number of potentially career-zapping mistakes, like the following, which you'll want to avoid at all costs. 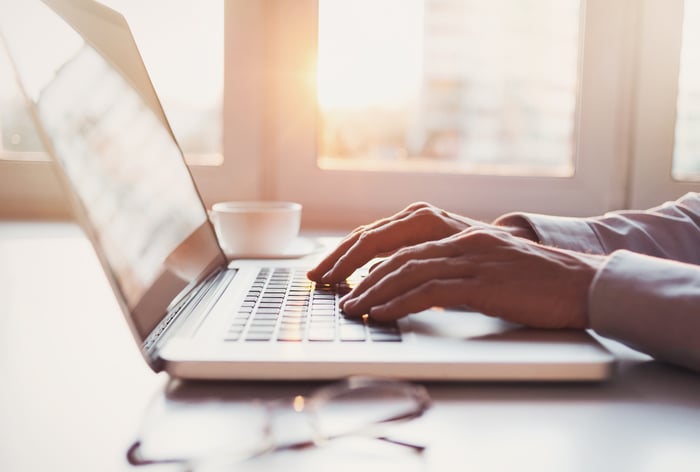 1. Badmouthing your coworkers or manager

The good thing about email is that it documents your communication officially. And the bad thing about email is, well, the same thing. Once you fire off an email, that information is out there for good, so if you have a bone to pick with your colleague or boss, don't be impulsive enough to stick that in an email. You never know when your message might fall into the wrong hands, and if it does, the repercussions could be severe.

You may be royally ticked off that your client changed his mind about an upcoming project or that your coworker fell down on his responsibilities and forced you to pick up the slack. But don't channel that anger into a foul-mouthed email loaded with four-letter words and the like. Again, you never know who at your company might be reading your emails, and if your messages contain inappropriate language, you could end up in hot water.

On a less extreme note, some companies have programs in place that flag emails containing certain language, thus resulting in messages not getting through. Even if your company doesn't prohibit foul language per se, you'll risk having a potentially important message get stuck in filtered limbo because you couldn't refrain from dropping a couple of language bombs.

3. Sharing too many non-work-related items

It's natural to want to show off the latest pictures of your kids or share the funny anecdote or cartoon that's been floating around the internet. But while the occasional forward is probably OK, don't become that person who's constantly bombarding the office with matters that aren't work-related. Sure, we all love a cute animal GIF from time to time, but don't go overboard. Not only will you look unprofessional, but your coworkers may just come to detest you.

When your boss marches over to your desk and tells you to do something, it's hard to disregard those instructions on the basis of not having actually received them. But believe it or not, the same holds true for email. Sure, there's technically a chance that you didn't get your manager's note about an important task requiring your immediate attention, but if you choose to ignore certain emails, be prepared for the backlash -- because in this day and age, "I didn't get the memo" just doesn't cut it.

If your role is such that you work at a computer for the majority of your day, there's a built-in expectation that you'll be checking email frequently. If you pretend that's not the case, your career might take a hit.

Here's one final thing to keep in mind about email. Unlike real-time conversation, email provides an opportunity to ponder what you're about to say and contemplate whether the message you're sending is really what you want to convey. That's why it pays to read, and then reread, your emails before firing them off. Once you put an email out there, there's no going back, so the more polished your messages are, the more you'll be helping your career.