Your career isn't just that thing you do to bring in money -- ideally, it should serve as a source of personal satisfaction. No matter what sort of vocation you choose to pursue, here are a few rules for making the most of your career.

There's perhaps no worse feeling than the idea of being trapped in a thankless job with no opportunity for growth. If you come to find that you're in a dead-end job, you'll need to nip that situation in the bud -- before it messes with not just your performance, but your sanity.

In fact, sticking with a dead-end job could end up hurting your career in several ways. Not only might it lead to a situation where you start slacking off due to sheer boredom and get fired, but it could prevent you from developing the skills you need to grow within your field (or another field). 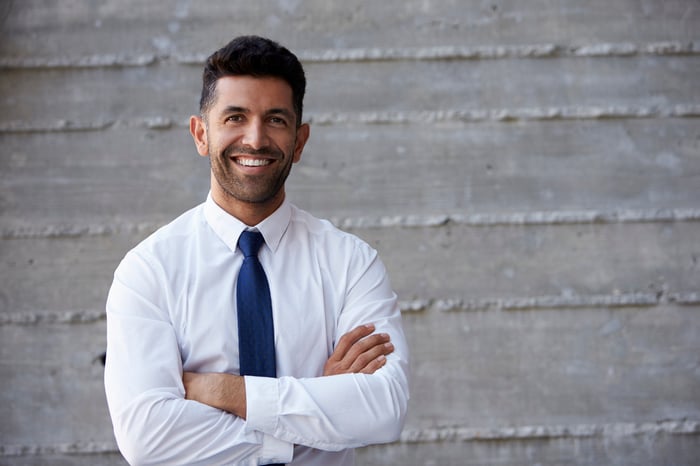 It would be one thing to stay at a dead-end job for a number of years in exchange for a generous pension. But since most companies don't offer that particular benefit, you're better off moving on once you realize you're actually going nowhere.

2. Ask for a raise each year

Though the average U.S. worker gets a 3% raise each year, pay increases aren't a given. But if you don't make a point of asking for a raise periodically, you could end up limiting your long-term income potential.

A large percentage of employees find that the easiest way to snag a sizable raise is to go from one company to another. But chances are, your compensation will be based on your current salary, so the less you earn year after year, the less you'll manage to command in the future. That's why it's critical to break the cycle of stagnant pay -- even if it means busting outside your comfort zone and negotiating more cash.

3. Don't be afraid to be your own boss

Even if you have a generally good job, if you work for a company you don't own, or have a manager to answer to, you'll be missing the opportunity to do things completely on your own terms. On the other hand, if you're willing to take on the risk and responsibility of becoming self-employed, it could pay off in a very big way.

Not only do self-employed workers get a number of tax breaks, but if you run your own show, you'll have an easier time doing work you're passionate about. As of 2014, about 14.6 million workers were self-employed, accounting for roughly 10% of the overall workforce. If you're less than satisfied in a situation where somebody else is calling the shots, don't be scared to venture out on your own.

4. Switch careers if you find yourself longing for a different path

Just as it's become perfectly acceptable to jump around to different companies during your career, changes in careers are become increasingly common. If you come to find at any point that you're stuck doing something you don't enjoy, or that there's something out there you'd rather be doing, you shouldn't hesitate to make a move -- even if it means taking a pay cut and having to start over at the bottom.

Many of us will spend the majority of our adult lives working in some capacity, and we deserve to get something out of it other than just money. Finding a career that you love is essential to your long-term happiness, so don't be afraid to go after it.

Networking isn't something reserved for when you're specifically looking for a job. Rather, you should always be looking to build relationships with industry professionals and expand your list of personal contacts. You never know when a new opportunity might arise somewhere, and the more people you know, the better your chances of getting in the door. But just as importantly, networking can help you succeed at your current job, which can be just as rewarding.

6. Don't lose yourself completely in your job

It's no secret that Americans tend to be workaholics. In fact, 40% of U.S. employees claim to work more than 50 hours each week, while 20% put in more than 60 hours per week on the job.

Even when we're not physically chained to a desk somewhere, there's a good chance that many of us will inevitably find ourselves working, whether it's answering a late-night phone call, or responding to a series of emails before bed. And while it's a good thing to be diligent, there is such a thing as going overboard.

That's why it's crucial to strike some sort of work-life balance, whether it's setting better boundaries, or taking more time away from your job to remember who you are as a person. It's one thing to be dedicated and passionate about what you do, but there comes a point where you risk losing yourself in the process -- and that's not healthy on any level.