Whether you're a first-time job candidate or are seeking a higher-level position, here are some useful facts to know about the interview process.

No matter what industry you work in or what sort of job you're applying for, one of the greatest hurdles to jump on the road to employment is none other than the interview process. Not only are candidates forced to tackle a series of potentially challenging questions, but often, they're put through the ringer in the form of three, four, or more interviews for a single position.

In fact, if it seems like companies are dragging out the interview process more so than ever these days, it's not just in your head. The time it takes to hire workers has risen to 23.7 days on a global level, according to newly released data courtesy of Glassdoor. Here are some trends within the U.S. hiring market you should also know about. 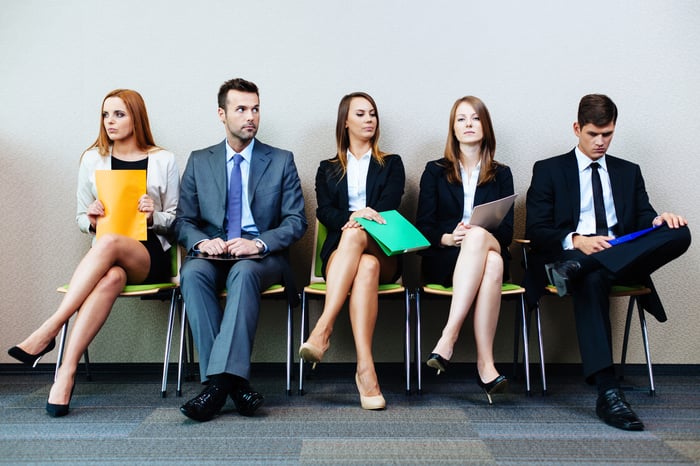 On an international level, the U.S. is right there in the middle of the pack with regard to length of interview process. Brazil, on the other hand, is the worst offender, with the typical interview process taking 39.6 days. At the other end of the spectrum is India, where it takes only 16.1 days to go from an initial meeting to an actual offer.

2. It takes longer to get hired in Washington, D.C. than any other major U.S. city

The typical interview process can vary considerably in length within the U.S. itself. Of the major cities reviewed by Glassdoor, Washington, D.C. has the lengthiest process at 32.2 days, followed by Albany, NY and Richmond, VA, at 33.2 days and 27 days, respectively.

Why the lag in D.C.? A lot of it boils down to the fact that government jobs are heavily clustered in the area, and, as such, candidates must often undergo extensive background checks that can lengthen the process.

3. Candidates are hired most quickly in Kansas City, KS

While employers might drag their feet in D.C., if you're job hunting in Kansas City, you may not be forced to wait as long for an offer letter. The interview process takes just 16.9 days, on average, in Kansas City, which is about a week less than the national average. Candidates in Oklahoma City, OK, and Akron, OH also get a break. In these cities, the average interview process takes 17.9 days and 18 days, respectively.

4. Government jobs take the most time to fill

5. Professors wait the longest to get hired

Though government jobs take the longest to fill on a sectorwide level, as far as individual jobs go, professors typically wait the most amount of time to get hired. The interview process for professors takes 60.3 days on average -- roughly 80% of the typical college semester.

The upside of a longer interview process

As a job candidate, it's natural to get frustrated by an interview process that seems to drag on and on. But remember, businesses are often forced to sink a ton of money and resources into getting employees up to speed, so it makes sense that they'd want to take their time to find the right people. Furthermore, as a job seeker, the last thing you want to do is accept an offer that turns out to be a poor fit, so the more thought your interviewers put into the hiring process, the greater the chances that things will work out well for everyone.

Of course, it's one thing for a company to prolong the interview process, but it's another for it to completely go dark on you. If a week has passed since your last interview, and you're still waiting on next steps, it's perfectly acceptable to compose a friendly follow-up email asking for an update. There's nothing wrong with a company taking its time during the interview process -- as long as you're being kept in the loop.