Please ensure Javascript is enabled for purposes of website accessibility
Log In Help Join The Motley Fool
Free Article Join Over 1 Million Premium Members And Get More In-Depth Stock Guidance and Research
By Maurie Backman – Dec 12, 2017 at 9:48AM

Social media helps countless adults keep up with their friends and share personal updates with the world. It's becoming so critical to our collective functionality that the average user now spends over two hours per day visiting various social media sites.

Now, if you're already working, you should know that wasting too much time on social media could cause you some pretty serious trouble at work. But if you're in the market for a new job, you run an even greater risk by getting sucked into social media: not getting hired. 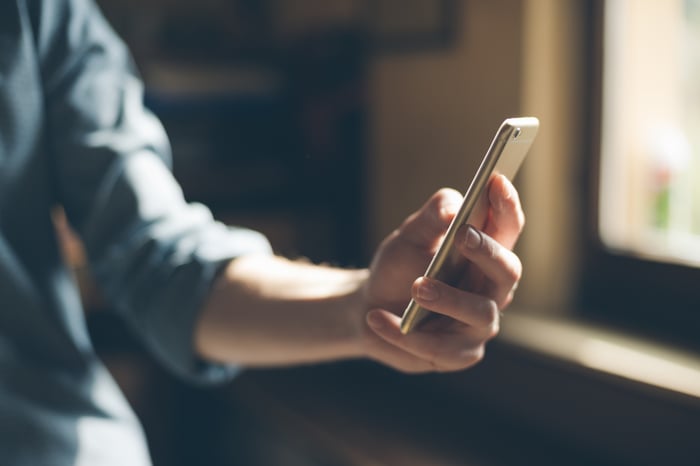 According to CareerBuilder, 60% of employers use social networking sites to research job candidates. In fact, the number of companies employing this practice has increased 500% over the last decade.

But here's a statistic you're guaranteed not to like: A good 49% of hiring managers who screen candidates via social networking sites have uncovered details that ultimately caused them not to hire a candidate. Some of the greatest turnoffs included the following:

If you have a tendency to live your life on social media, you should know that if you aren't careful, the wrong post or comment could be enough to cost you your dream job (or any old job, for that matter). And that's enough to make you rethink your habits.

A smarter approach to social media

There's nothing wrong with using social media to stay in touch with old friends and post the occasional picture of the latest home-cooked delicacy you're proud of. But there comes a point where too much information on your profile can hurt you.

If you don't want your social media presence to lower your chances of getting hired, be judicious about what you post. Stay away from pictures where you might come across as intoxicated or similarly impaired, even if the backstory is that you're merely holding a beer and having a laugh. And comb through your friends' pages for such photos as well, because if you're tagged someplace, you could end up getting found.

Furthermore, avoid foul or offensive language on your profile, and for the love of political correctness, steer clear of ethnic slurs or derogatory comments toward a particular person or group. (Incidentally, this is a good life practice, and not just one that applies to social media.)

Along these lines, if you're applying for jobs, you may want to think about avoiding politics on your social media page. Though you'd think it would be a relatively innocuous topic in theory, the reality is that you don't know who's looking at your profile and what factors that person may be judging you by. And since politics can be a pretty hot-button topic, laying low might help you avoid getting passed over for a position you're vying for.

Finally, don't update your profile every 20 minutes. Not only will it annoy fellow users, but in the eyes of a prospective manager, you might come off as obsessed.

Though it's fine to indulge in social media and share life updates with your contacts, be careful about what you put out there. Or, to put it another way, don't say anything on your social media page that you wouldn't normally say in an interview. Like it or not, your profile could spell the difference between getting hired or losing out on a great opportunity, so don't let your fondness for oversharing hurt your career in the long run.