Please ensure Javascript is enabled for purposes of website accessibility
Log In Help Join The Motley Fool
Free Article Join Over 1 Million Premium Members And Get More In-Depth Stock Guidance and Research
By Maurie Backman - Dec 27, 2017 at 7:27AM

There's nothing wrong with jumping ship when better opportunities arise. Just be sure to think things through and stay professional throughout the process.

Gone are the days of getting a job out of college and staying with the same company until you're set to retire. In today's job market, switching companies has become so common, that if you opt to stay with the same employer for five or 10 years, your associates will start to look at you funny. In fact, the average worker today will hold 10 different jobs before the age of 40, according to the Bureau of Labor Statistics. And additional data indicates that younger workers might have between 12 and 15 jobs by the time they reach that age.

Of course, there are several benefits to switching jobs frequently. For one thing, the more hopping around you do, the more money you might end up making. Recent data tells us that in a healthy economy, workers stand to see an 8% to 10% boost, on average, when they go from one company to another. Meanwhile, studies show that staying with the same company for over two years could actually end up costing you 50% or more in lifetime earnings. Now that's a good reason to keep changing things up. 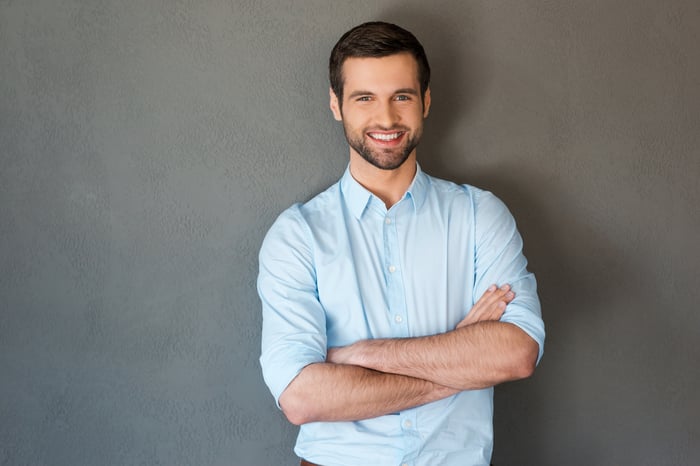 Furthermore, switching jobs frequently might actually make you happier in your career. If there's no room for growth at your current company, jumping ship might result in an instant promotion, which opens the door to more interesting opportunities, even if there's no major pay increase involved. Besides, there's something to be said for entering a new environment and learning new skills.

But while there are plenty of good reasons to job-hop during your career, it's also crucial to go about it the right way. Here's how.

It's natural to be tempted to accept a job offer when a new company offers a generous salary increase to go along with it. But before you say yes in an effort to boost your paycheck, take the time to think about whether the job is actually the right one for you. As is the case in life, money doesn't always translate into happiness, and if you go from a pleasant work environment to one that's rigid and cutthroat, you might soon come to regret your decision to follow the cash.

Similarly, you'll need to make sure the job in question takes your career in the direction you want it to go. Maybe it'll pay you a bit more money in the near term, but if you end up signing up for a dead-end role, you won't be doing yourself any favors. The same applies if your new role involves certain tasks that you happen to loathe, whether it's summarizing data, or giving frequent presentations.

Remember, money is only one factor to consider when contemplating a new role, so don't jump ship before you determine that the whole picture is a positive one.

It's one thing to job-hop every year or so, especially when compelling opportunities land in your lap. But while you don't necessarily need to stay at each job you take for a full year or longer, you should also be judicious about how often you move around. While it's good to be wanted, there comes a point when all that job-hopping can make you come off as flaky and non-committal, at least as far as your resume goes. And that could impede your ability to grow your career in the future.

There's no need to forgo a great opportunity just because you feel bad leaving your present company or manager in the lurch. On the other hand, there's a professional way to resign from a position, so if you are going to job-hop, make sure to end each role on the best possible terms.

For starters, this means giving your boss a minimum of two weeks' notice, and stepping up to train others, or document your processes for a relatively painless transition. Better yet, offer to make yourself available even after you leave, in case questions or hiccups arise.

Furthermore, be sure to submit an official resignation letter that includes your departure date and gratitude for the opportunity. Even if you're itching to get out of a miserable situation, keep that letter as respectful as possible. You never know when you might need to go back to a former employer for a reference, or even a job, so do what it takes to avoid burning bridges on your way out.

Though job-hopping has pretty much become the standard in today's workforce, there's a right way and a wrong way to go about it. Stick to the former, and with any luck, all that moving around will ultimately come to benefit your career in the long run.