You'd think more workers would be optimistic about their prospects for getting promoted or snagging raises. But data from Gartner, a global research and advisory firm, shows the opposite to be true: Only 16% of employees across the world claim they're willing to make an extra effort at work. The reason? Most folks are convinced they'll get nothing out of it.

But while it's true that raises haven't been all that impressive on a global level, averaging between just 1% and 2% in recent years, the fact of the matter is that there are opportunities out there to get ahead at work. Here are a few tactics you can employ to boost your title and pay. 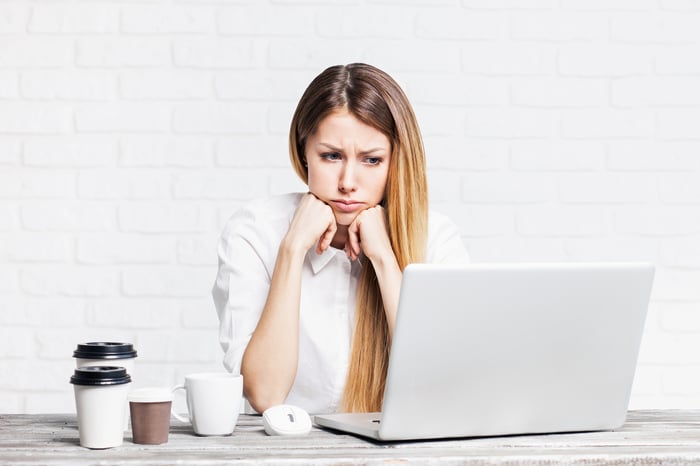 1. Volunteer for that project nobody wants

It's easy enough to jump in and take the lead when your management team proposes a new project that's exciting to work on. But that long-shot project that's never been attempted before? Not so much. Still, if you want to increase your chances of landing a promotion -- and a salary bump to go along with it -- be that person who's willing to go where no one at your company has gone before. It may require longer hours, lots of research, and a whole lot of patience. But if you manage to pull it off successfully, you're more likely than not to get rewarded significantly.

2. Prove you're a team player

Though being a leader is a good way to get ahead on the job, it's equally crucial that you show your company what a solid team player you are. This means jumping in to help colleagues when they're struggling or strapped for time, or putting in extra hours to help another team meet its goals. And if you're thinking all that effort won't amount to much, think again. You never know who might be observing your behavior and taking notes on it, so if you're generous with your time and humble about your contributions, it could end up paying off when review season comes around.

Sometimes, the contributions you make at the office can't be measured in numbers or tracked on a chart. But if you are able to add quantifiable value to your company, then you're more likely to be rewarded when promotions and raises are dished out. This means that if you craft a new sales pitch for your team, you should also track the uptick in sales it results in and point out that difference to your management team. Similarly, if you're an IT professional and you create a software fix that reduces system errors by 50%, make sure someone in management understands that impact. Present your employer with data that's impossible to argue with, and you'll increase your chances of climbing the ranks.

At the same time, know when to quit

Just because raises and promotions have been hard to come by lately doesn't mean all hope is lost. However, if, despite your best efforts, you're still unable to move forward at your company with regard to both title and compensation, it may be time to take your business elsewhere. While you may not get a title or pay boost by meeting expectations, you should most certainly be rewarded for exceeding expectations. If that's not happening, then you owe it to yourself to bust out that resume and seek out a role where your efforts won't go unnoticed.