If you're interested in switching careers, you're not alone. More than 50% of U.S. employees would like to pursue a new line of work, according to the University of Phoenix. But while it's one thing for a 20- or 30-something to jump from one field to the next, it's another for older workers to pull off the same feat.

The challenges of switching careers when you're older are multifold. For one thing, it might seem as though by the time you work your way back up in a new industry, you're ready to retire -- which means you may not reap the benefits of your efforts the same way younger workers might. Getting hired at an older age could also be tricky. If an employer sees that you're not only advanced in your career, but coming over from a totally different field, that company might hesitate to extend you an offer. 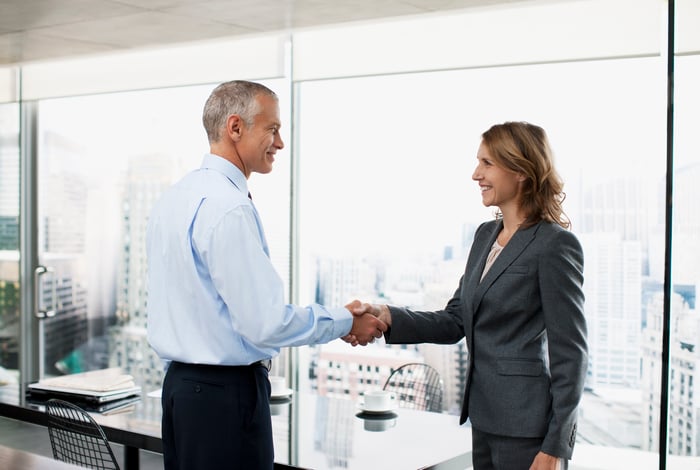 Still, this isn't to say that a late-in-life career change is impossible. You just need to go about it strategically.

1. Wait for some financial stress to ease up

One major drawback of switching careers is facing a potential drop in income, and that's why the timing of that change needs to be perfect. The last thing you want to do is change industries at a time when your oldest child enters college and you're about to face multi-thousand-dollar tuition bills. On the other hand, if you wait until your kids have graduated college and you're done paying your mortgage, you'll have an easier time managing with that lower salary. Plus, knowing you're not facing the same number of financial pressures might give you the flexibility to hold out for the right opportunity.

2. Have a fully loaded emergency fund

Though having emergency savings is crucial at any stage of life, it's particularly important if you're looking at a career change when you're older. That's because you'll probably have gotten used to a certain standard of living, and may need to dip into your cash reserves as you work your way up in your new field. So rather than settle for the standard three to six months' worth of living expenses, make sure your emergency fund has closer to a year's worth. The last thing you want to do is run into money troubles and be tempted to tap your retirement account prematurely.

3. Find a field where your skills transfer over

Changing careers often means starting right at the bottom. And while that might be acceptable for a 30-something, it's a little bit harder when you're older. Think about it: Most lower-level positions are filled with workers in their 20s and 30s. How comfortable will you really be joining their ranks in your 50s or 60s? That's why it pays to find a new industry whose core skills overlap somewhat with your former line of work. For example, if you're an accountant looking to do something more creative, you might pursue a field or position where being detail-oriented is critical.

4. Decide that it's not too late to start fresh

A bit part of successfully changing careers later in life is having the right attitude. As you embark on this new adventure, remind yourself that it's never too late to do something different. This especially holds true if you're so unhappy in your current field that you're tempted to retire early. You're better off working in some capacity for a few extra years, and enjoying it, than being miserable in the higher-paying job you've been doing for ages.

Remember, anyone can change careers, regardless of age. And who knows? Switching over to a new field later in life could end up being one of the best job-related moves you'll ever make.