Congratulations -- at long last, you've finally been granted the raise you were hoping for. Getting a pay increase can be a great thing in many ways. Not only will it offer you a bit more financial flexibility, but it can serve as a confidence booster and source of pride. That said, you'll need to be smart about how you use and react to your income boost. Here are a few post-raise pitfalls you'll want to avoid.

1. Locking yourself into higher monthly expenses

Now that you have more money coming in, you may be tempted to rethink your budget and start treating yourself to things you'd previously been unable to afford. But before you lock yourself into a higher monthly rent payment or lease a fancy car, figure out exactly how much net money your gross raise will translate into. 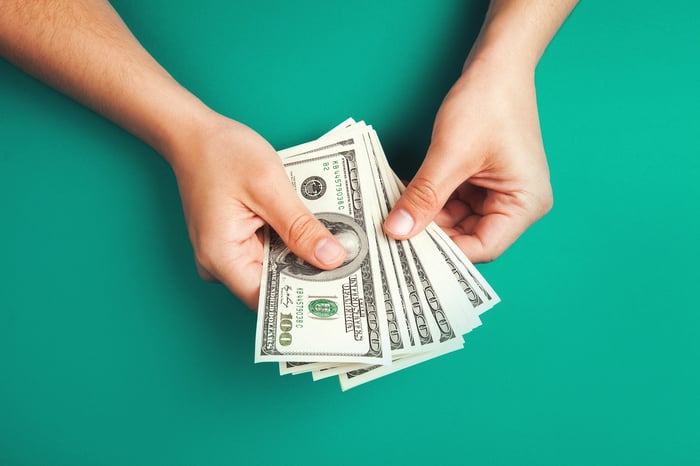 For example, a $5,000 raise won't put $5,000 back in your pocket. If you fall into the 24% tax bracket, you'll get just $3,800 after the IRS gets its share of your extra cash, which means you'll have just over $300 a month extra to work with. Another thing to keep in mind is that a boost in earnings could propel you into a higher tax bracket than you're used to. If that happens, you'll keep even less of that increase.

The takeaway? Wait at least a couple of pay cycles before spending your newfound cash. This way, you're less likely to overextend yourself.

2. Not saving a portion of your increase

Americans are poor savers by nature, so much so that 57% of U.S. adults have less than $1,000 in the bank, while 39% have no savings at all. If you're low on emergency cash, the first thing you should do with that raise is save it -- all of it -- until you've accumulated enough money to cover a solid three months' worth of living expenses.

If you've already reached that threshold, and you don't have costly credit card debt to get rid of, then your next priority in terms of that raise should be building your nest egg. Rather than spend your increase in its entirety, allocate some of it to your 401(k), or set aside a portion for your IRA. Getting a raise is a perfect opportunity to boost your long-term savings rate, and if you make a point to set aside at least some of that extra cash from the get-go, you won't get used to having it -- and therefore won't miss the money you're using responsibly. On the flipside, if you don't save some of your raise, you'll quickly get used to the new budget and lifestyle it buys you, thereby missing the chance to get a jump on more important financial goals.

3. Letting your performance start to slip

It's natural to work your hardest in the hopes of getting noticed at work and landing a raise. But don't make the mistake of letting your performance falter once you're granted that increase. If your boss comes to see that you're no longer making as much of an effort now that you're better compensated, your company might retract that boost or, worse yet, reconsider keeping you on as an employee altogether. Talk about a major setback.

Getting a raise is certainly something to celebrate, but don't turn a positive career milestone into a negative. Be smart about how you spend that money and keep up the good work to show your appreciation. With any luck, that raise will end up being just one of many you receive -- and use wisely -- in your lifetime.