Please ensure Javascript is enabled for purposes of website accessibility
Log In Help Join The Motley Fool
Free Article Join Over 1 Million Premium Members And Get More In-Depth Stock Guidance and Research
By Maurie Backman – Apr 4, 2018 at 10:36AM

Not every job is a major career-booster. Here's why it sometimes pays to accept any old interim role.

Maybe you were laid off from your previous job and are having trouble finding a replacement. Or maybe you're having doubts about your career path and need something to do with your time that doesn't needlessly tie you down or increase your stress load.

Enter the transition job. If you're not familiar with the term, it refers to a job you take that doesn't necessarily require a ton of experience or skill. Often, these jobs are more short-term or flexible, and you might find one on your own or with the help of a temp agency. Either way, there are several reasons you might take a transition job. Here are just a few to consider. 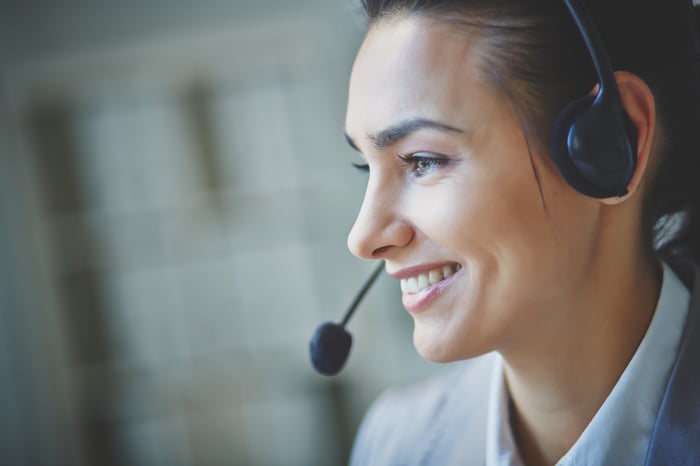 1. You need the income

Maybe you were let go from your last role unexpectedly, or quit when things got truly unbearable. But if you weren't prepared financially, you're probably struggling to cover your bills at present. In fact, it's estimated that 57% of U.S. workers have less than $1,000 in savings, which means they probably can't cover more than a couple weeks of unemployment, if that. If you're desperate for money, then taking a transition job is a far better bet than racking up costly credit card debt or resorting to other such extreme measures.

Even if you have savings, chances are that money was earmarked for something other than an extended bout of unemployment, like buying a house or funding your dream vacation. If you'd rather not blow through your savings, then it pays to take a transition job that puts money in your pocket while you look for something better.

2. You want to avoid a gap on your resume

Though having a gap on your resume isn't necessarily terrible, it does open the door to potentially uncomfortable questioning during the interview process. Once that gap exists, you'll need to explain to prospective employers why you were out of work for a period of time and why that shouldn't be held against you. (And it shouldn't be held against you; but you never know how a company might interpret it.)

Taking a transition job, on the other hand, might allow you to avoid that glaring gap in employment that could otherwise raise a red flag. And that, in turn, might make it easier to land a job you really want.

They say that networking is one of the best ways to land a new job, and it stands to reason that the more professionals you interact with, the greater your chances of identifying contacts that could end up helping your career. Another benefit of taking a transition job is meeting new people who might open different doors for you down the line.

For example, maybe you're willing to accept a customer service role for the time being, and you happen to cross paths with the company's CEO who's impressed by your professional manner. Even if there's no room for growth within the business, that CEO might pass your resume along to an associate who's looking to fill higher-level positions. And that's why it never hurts to put yourself in a situation where you get to grow your network.

Transition jobs aren't for everyone. In some cases, it might pay to avoid taking a short-term gig and instead focus your efforts and energy on landing your dream job. But in other circumstances, like the ones listed above, a transition job can actually be a healthy and positive thing for your career and your finances, which is why it pays to at least consider one.