Like it or not, politics play a big role in the workplace. Here's how to handle yourself accordingly.

In an ideal world, you'd get ahead at the office by virtue of work quality alone. But sometimes, promotions and raises don't just boil down to your output and dedication, but rather, the people who know and like you. No matter what industry you work in, chances are, office politics are a part of life. Here's how to navigate them successfully and help your career in the process.

1. Know who the key influencers are

Your company's CEO is no doubt the sort of person you'll want to get to know, but since CEOs tend to be rather swamped, landing some face time might be a challenge. Still, that doesn't mean you can't seek out other key influencers within your company -- people whose opinions tend to matter the most with regard to major business decisions. Maybe there's one person on the finance team who seems to have the strongest reputation of the lot. Introduce yourself to that numbers wiz and find ways to get on his or her good side. You'll be thankful for it sooner or later. 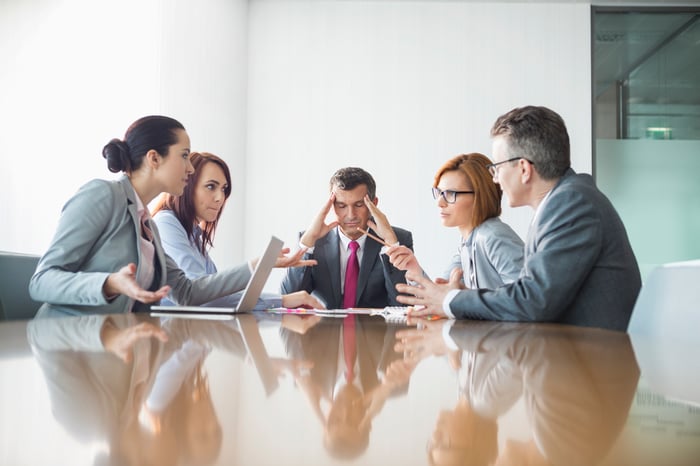 Knowing people's names and having solid relationships with them isn't the same thing. If you want to help your career, make relationship-building an ongoing priority. You never know which of your peers might suddenly get promoted, at which point having that person as an ally could work in your favor. Similarly, make an effort to branch out and interact with other teams. This way, if your team comes to need a favor, you might be the catalyst that gets another team to oblige.

3. Stay out of conflicts when possible

In most offices, there will inevitably come a time when different people or teams disagree on important matters. But unless you're directly engaged in the argument at hand, you'll be doing yourself a major favor by steering clear of conflict.

If you see two colleagues arguing and you know one is right, keep your head down and mind your own business rather than chime in. If you're at a meeting and people start quarreling, avoid interjecting unless you really have something important to say. Chances are, you'll one day find yourself deep in the throes of a conflict with someone you work with, but if you have an opportunity to not get involved in other people's disagreements, take it.

Though email might be an efficient means of communication in the workplace, it can also get you into trouble. That's because any time you send a message by email, there's a permanent record of what you've said. Furthermore, you never know when an email intended for one person might wind up in somebody else's inbox, and if its contents are contentious, you'll have a hard time backtracking. The point? Save controversial topics for live discussions, and play it safe with email.

Another thing to remember about email is that it doesn't convey tone. You might think you're sending a harmless message, but if its recipient takes it the wrong way, you could have a damaged relationship on your hands. And that's not helpful at all.

It's hard to ignore office politics, so rather than pretend that they don't exist, take steps to navigate them in a manner that serves you well. For better or worse, your career just might depend on it.