Please ensure Javascript is enabled for purposes of website accessibility
Log In Help Join The Motley Fool
Free Article Join Over 1 Million Premium Members And Get More In-Depth Stock Guidance and Research
By Daniel B. Kline – Apr 25, 2018 at 5:32PM

Even the worst situations can be learning opportunities.

When I took the job I was legitimately excited. The company had been presented to me as a well-funded start-up with experienced management, a solid business plan, and a top-notch team.

In reality, most of those things were not true. The business did have a funding source with deep pockets, but he was doling out just enough money to keep the lights on. The team had talent and experience, but the CEO and his top deputy were battling for control of the company and the favor of the man putting up the cash.

From pretty much my first day I knew the company had no chance and that I had made a terrible mistake. It was a low point in my professional life, but I did learn a number of lessons that have helped me since. 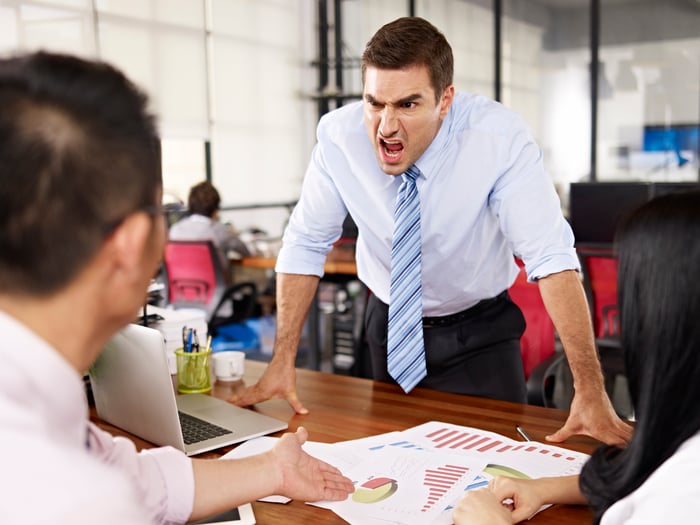 You can learn from a bad work situation. Image source: Getty Images.

While the company seemed doomed, that didn't mean it had no positive mission. The business served a large potential customer base and the people who experienced the product really liked it.

For me, the best part of the job was serving the customers. Even if the product was going to be short-lived, it could still do some good in the time it survived. In addition, by serving the audience as best I could, I made connections that helped me when the whole thing fell apart.

A lot of bad companies are brought down by power struggles. In this case, the CEO was at odds with his No. 2 -- a man he had selected.

In reality, neither one was entirely fit for his job. The CEO had a lot of experience but was not a great manager. The second-in-command was very talented, but not a hard worker. His efforts were largely directed to gaining control and currying favor, not moving the company forward.

As a manager who worked for both men, I made the mistake of picking sides. That ultimately led to the second-in-command being actively against my role in the company. I would have been better off just putting my head down, doing my job, and avoiding office politics.

This start-up had a promise of nearly unlimited funding. In reality, it had a few months of operating expenses in the bank. The business was a good idea, but it was one that would require a lot of money to acquire the audience it needed to be successful.

In my short time at this start-up, I watched the CEO spend tens of thousands of dollars on advertising and marketing gimmicks. Some were good ideas, but we charged ahead when we should have been going slowly. Instead of testing ideas and then putting money into the ones that worked, we spent first and just hoped it worked.

Learn from every experience

The roughly six months I spent at this company were fairly unpleasant. When your small office has factions at war with each other, that tends to drag down everything else.

I'm not sure there was anything I could have done to fix things. In retrospect, I probably should have attempted to bring both sides together and at least have put their issues publicly on the table.

But that probably would not have worked. The CEO eventually lost the power struggle and I left the company along with him.

It was not a great time in my career, but it was a treasure trove of lessons on how not to do things. What came from the situation, eventually, was me gaining a greater understanding of how not to run a company.