Please ensure Javascript is enabled for purposes of website accessibility
Log In Help Join The Motley Fool
Free Article Join Over 1 Million Premium Members And Get More In-Depth Stock Guidance and Research
By Daniel B. Kline – Updated Apr 27, 2018 at 1:13PM

These painful cliches have embedded themselves in office culture. But the negative responses to them go beyond the inevitable barely concealed eye-rolling.

Many interactions between coworkers happen on autopilot. You may say "good morning" or "how was your weekend," but you're at best only marginally interested in the reply. Such chatter is a reflexive sort of politeness that's more about acknowledging the other person than actually sharing any information.

Sometimes, though, those office interactions take a more irritating turn, particularly when our coworkers dole out their most cliched and cringe-worthy phrases. It may be that the person asking if you're "working hard or hardly working" doesn't realize that the query isn't clever anymore, even when used ironically -- or even worse, they might genuinely think it's still the height of wit.

Now, you may be thinking you are never the one who unleashes such annoying, eye-roll-inducing lines on your co-workers. Odds are, you're wrong: 72% of American workers actually do, according to a new study of 2,000 U.S. workers conducted by OnePoll in conjunction with Jive Communications, which was recently acquired by LogMeIn.

"We've all been guilty of using these phrases, whether out of habit or not. While many of these phrases are helpful in conveying a message, I think this study will open a lot of people's eyes," said Jive Senior Vice President John Pope in a press release. "It will help many us think twice about overusing phrases in the office, as well as the best way to communicate with or motivate those we work with." 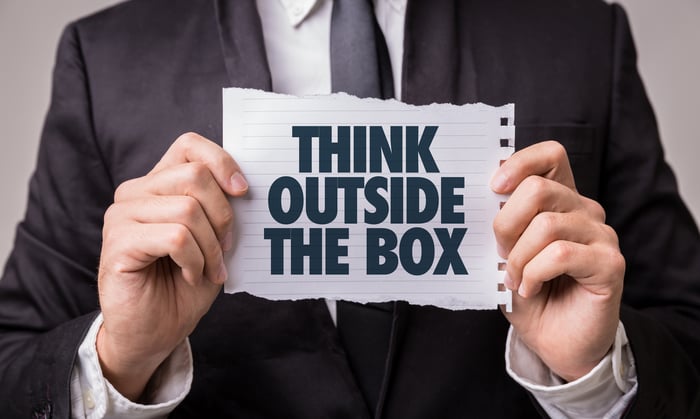 What are the 10 most cringe-worthy phrases?

It's not always the case that when someone utters a particularly irritating workplace cliche, they're not considering their words. In fact, the survey showed that 29% of workers used the lines that made this list to test their coworkers, while 22% used them to assimilate or fit in better at the office. They should probably reconsider that strategy: According to the survey, 29% of respondents admit they tune out when they start hearing that tired workplace jargon.

So, if you want your colleagues to keep listening to you -- and liking you -- eliminate these phrases from your office vocabulary:

"There's a reason they're so well-known and exercised within office spaces. However, overuse has diluted the meaning of many phrases," Pope said. "If you're constantly told to give a project 110%, over time it will lose it's power and effect. Our goal should be to use such jargon sparingly, and when the moment calls for it."

Recognize that the shelf life of an oft-repeated phrase is short. The challenge in using any workplace jargon is to spot when it crosses from clever into overuse before moving into truly wince-inducing. It's like when a movie comes out and people start quoting lines from it. The first few people to do a "Borat" or "Austin Powers" impersonation might have been funny. But there's a reason virtually nobody is regularly trotting out "Shagadelic, baby!" anymore.

The same principle holds true for quoting a funny new ad the day after the Super Bowl. Just as you probably wouldn't greet your officemates today by yelling "Wazzuuuup!", you probably shouldn't kick off a meeting by telling people you want them to "think outside the box."

In most cases, it's a matter of degree. It's won't be a major office faux pas to occasionally use one of these tired sayings. It becomes a problem when you become infamous for spouting such painful cliches. So use them sparingly, or better still, avoid them altogether -- at least if you want to stay on the good side of your coworkers.