Please ensure Javascript is enabled for purposes of website accessibility
Log In Help Join The Motley Fool
Free Article Join Over 1 Million Premium Members And Get More In-Depth Stock Guidance and Research
By Maurie Backman – May 30, 2018 at 6:53AM

Just because your salary increased doesn't mean you're satisfied with it. Here's how to discuss the fact that you still want more money.

Some workers go years without seeing a bump in their income. But what if you recently received a raise, only you aren't happy with the final number?

It's a tricky spot to be in. On the one hand, it's hard to broach the topic with your manager because it's not like your wages have remained stagnant. On the other hand, if you still feel that your salary isn't up to par, you don't want to resign yourself to being undercompensated for what could be another year or longer. Therefore, it's still crucial to have that conversation with your boss. You'll just need to approach it delicately. Here's how. 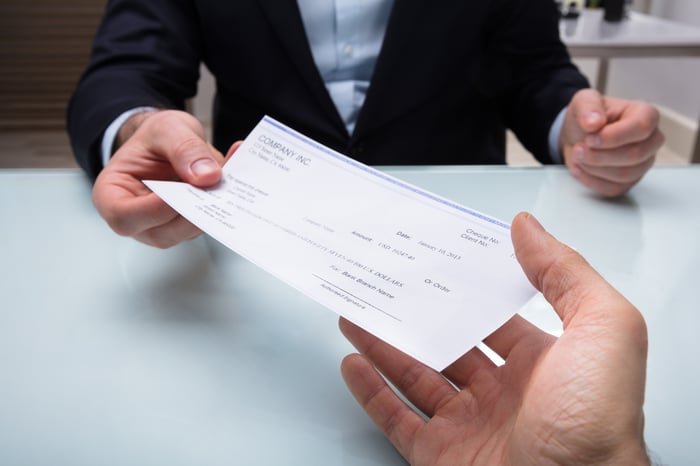 1. Start by expressing your gratitude

When asking for more money after already having received a raise, the last thing you want is to come across as unappreciative. As you begin discussing matters with your boss, be sure to start off by saying thank you for the boost you did receive. This way, your manager is less likely to get annoyed or defensive early on.

2. Show your boss why your compensation still needs an adjustment

Say you got a recent raise that bumped your salary up to $50,000, but $60,000 is still the going rate for your job title in your area. If you can spell that out to your manager with data, it'll be easy for them to see why you're requesting more money. Therefore, do your research beforehand and prove that your company still needs to do better. Job site Glassdoor has a handy "Know Your Worth" tool that allows you to compare salary data by position and geographic region (keeping in mind that your income might correlate to where you live). If it, or another data source, shows that you're making less than the typical worker in your position, that gives you a solid leg to stand on.

3. Prove that you're worth more

Maybe your salary is fairly competitive now that your recent raise has gone into effect. If that's the case, but you're still not convinced you're being well compensated based on the effort you put forth, say so. But don't just use "I work so hard" as a basis for your request. Rather, come prepared with specific examples of how you've made or saved your company money, or have gone well above the normal call of duty. For instance, if you're known as the resident troubleshooting wiz on the IT team, and as such, are the person who's constantly getting called late at night and on weekends to step in and help, use that to make your case. This way, your boss might be willing to take another look at your salary, even if you did just get a boost.

4. Set a follow-up date to revisit the issue

If you're lucky, your manager will see that your recent raise wasn't up to snuff and push to give you more money. But what if the conversation doesn't shake out that way? What if your boss insists that since you just got a boost, you're not eligible for anything more? If that's what happens, don't despair. Keep your cool and ask to schedule a follow-up discussion on the matter several months down the line. This will show your manager that you're willing to sit tight and be patient, but at the same time, you won't necessarily need to wait a full year (or more) to have a shot at the additional money you want.

Getting an inadequate raise can be almost as harsh a blow as getting no raise at all. If you're unhappy with your recent boost, don't just stay quiet about it. Remember, as long as you approach that conversation respectfully, the worst that'll happen is that your boss says no.