There's nothing like the start of summer to make otherwise hard workers start plotting their early weekend escapes from the office to maximize those warm weather months. It's not surprising, then, to learn that a growing number of businesses are starting to offer what are known as summer Fridays, where employees are allowed to leave at an earlier time than usual to get a jump-start on those coveted weekends.

In fact, 42% of companies allow workers to start the weekend early during the summer, which is twice the number of employers that offered this benefit back in 2015. If you've yet to embrace summer Fridays at your place of business, here are a few good reasons to change your tune. 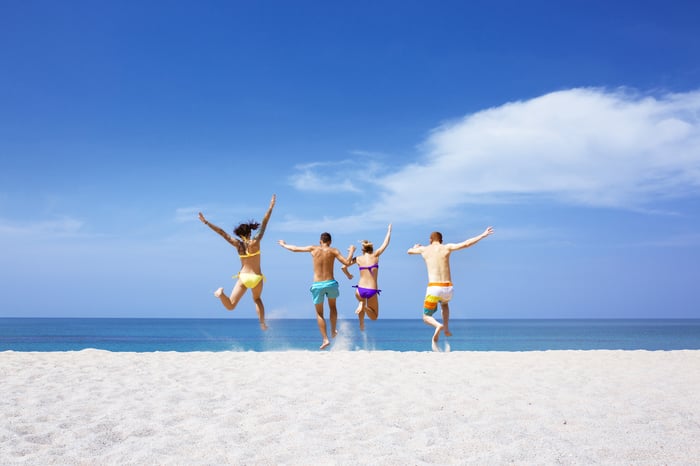 1. Your employees will feel more appreciated

Acknowledging workers' desire to enjoy their summer weekends is akin to sitting them down and saying: "We get it -- you're people." There's just something about summer that makes even the most dedicated of workers resent being chained to their desks, and while you can't let your employees off the hook the entire summer, you can throw them a bone by letting them leave early on Fridays. Your employees, in turn, will come to feel valued and respected, and will probably show their appreciation in the form of working harder the rest of the week.

2. Your employees will be less likely to burn out

The term "burnout" tends to get tossed around in the context of office culture, but in reality, it's a pretty serious condition. The Mayo Clinic defines burnout as "a state of physical, emotional, or mental exhaustion, combined with doubts about your competence and the value of your work." And once employees reach that point, their output is likely to suffer. Offering summer Fridays, on the other hand, will help combat burnout by giving workers an extra perk to look forward to, not to mention a much-needed break from what could be an otherwise grueling schedule. And if lengthening your employees' weekends ever so slightly is what it takes to help them avoid burnout, it's a worthwhile investment.

No matter what tasks your workers are assigned, there's a good chance you have at least a small batch of employees who are prone to procrastination. Another good reason to implement summer Fridays is that those same people will be less likely to put off key tasks, knowing they can't catch up at the end of the week (or, knowing that if they do procrastinate, they'll be forced to stay put plugging away while everyone else around them goes home). So, you may come to find that your staff does better at meeting deadlines when the workweek ends several hours earlier than usual.

4. You have very little to lose

Summer is a popular time for workers to take vacation in general, and it's not unusual for employees to take a series of half-days to extend their weekends. If you offer summer Fridays, you'll buy yourself a nice amount of goodwill without really compromising on employee productivity -- because, chances are, your workers are going to request that time off anyway.

Clearly, summer Fridays can benefit employees and employers alike. That said, you are allowed to ask for something in exchange for those early Fridays, whether it's slightly longer hours during the rest of the week, or the understanding that summer Fridays are a privilege, and those who don't get their work done in advance may be asked to stay and complete it. Furthermore, you can play around with different policies to find the one that works best for your office. Maybe that means dismissing workers every Friday at 1:00 p.m. Or maybe it means instituting a rotation system where different employees or teams get out early every other week. The choice is yours, so find the setup that best suits your workflow and make that announcement as soon as possible -- because summer will be over before we know it.