Years ago, it probably seemed like everyone you knew was working at a start-up. And despite their quirks and challenges, it's hard to argue the fact that at one point in time, start-ups were a boon to the U.S. economy, creating jobs and opening doors for entry-level workers looking to accelerate their careers.

But these days, it seems like start-ups are far less ubiquitous, and that's not necessarily a good thing. In 1985, businesses that were less than two years old comprised roughly 13% of companies in the country. By 2014, they accounted for just 8%. 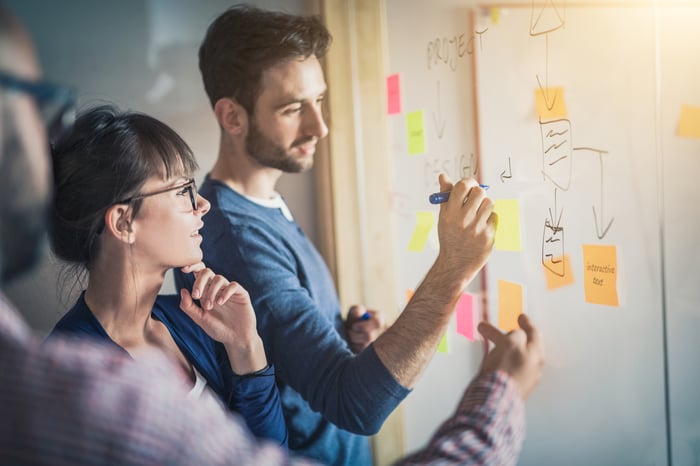 Why the decline? Part of it has to do with funding or a lack thereof. These days, start-ups are no longer the novelty they once were, and given the failure rate among new businesses, many investors would probably rather sink their money into reputable ventures with a greater likelihood of being profitable.

Furthermore, start-ups often have a hard time attracting talent, since they lack the resources larger firms possess. Think about it: Many workers want the stability of an established company and the salary and benefits that tend to come with working for one. Furthermore, individuals who are entrepreneurial in nature will frequently opt to go out on their own rather than have to play by somebody else's rules.

So how can start-ups survive in this day and age? Here are a few tips for getting a new venture off the ground so that this once-positive trend can kick off its glorious comeback.

1. Have a truly unique business proposition and model

Let's face it: There's a lot of competition out there, and while you might think you have a novel product or service to bring to the market, if you do your research, you'll probably find that there's a version of it already in play. That said, our economy is build on competitiveness, but to succeed, you'll need a solid advantage. So think about what makes your company different from the pack and play on that strength as you develop your business model.

2. Focus on one key product or service

One mistake that many young companies make is trying to grow and broaden their horizons too quickly. Rather than spread yourself too thin, find the one thing your business is great at and hone it. You're better off being successful in one specific arena than failing in a lot of different ones.

As stated above, competition is par for the course no matter what industry you're in. But that doesn't mean you can't take steps to avoid getting lost in the shuffle. If there's a product you're looking to offer that's already out there in every retailer imaginable, tweak that product so that it clearly stands out. Otherwise, you may have a hard time getting consumers to buy in, since they tend to be loyal to the brands they already know.

4. Invest in a solid team

Start-ups are notorious for offering low salaries and lackluster benefits while demanding a lot from their employees -- thus, plenty of talented job seekers out there would rather not work for one. But if you really want to grow your business, you'll need to sink some money into establishing a strong team that can help you achieve that goal, so aim to raise the capital needed to make working for your company seem attractive.

The fact that new businesses are on the decline means that job opportunities might soon follow suit. And that's not great for anyone who believes in a diverse economy. If you're thinking of starting a company, approach that venture strategically, but don't be afraid to give it a shot -- because you clearly can't succeed if you don't at least try.