Please ensure Javascript is enabled for purposes of website accessibility
Log In Help Join The Motley Fool
Free Article Join Over 1 Million Premium Members And Get More In-Depth Stock Guidance and Research
By Maurie Backman - Jul 20, 2018 at 8:37AM

Many workers would give up a higher salary for a better commute. And that's something employers need to think about.

If there's one thing most workers would agree upon, it's that a shorter commute is preferable to a longer one. Americans collectively spend over 100 hours each year getting to and from work, which is more than the amount of time they spend taking vacation. And while some people enjoy the downtime commuting offers, for others, it's nothing more than a giant waste of time.

In fact, there's a large number of workers out there for whom commuting is a total deal breaker when it comes to accepting a job. And 85% of workers claim they'd be willing to take a pay cut if it translated into a shorter commute going forward. 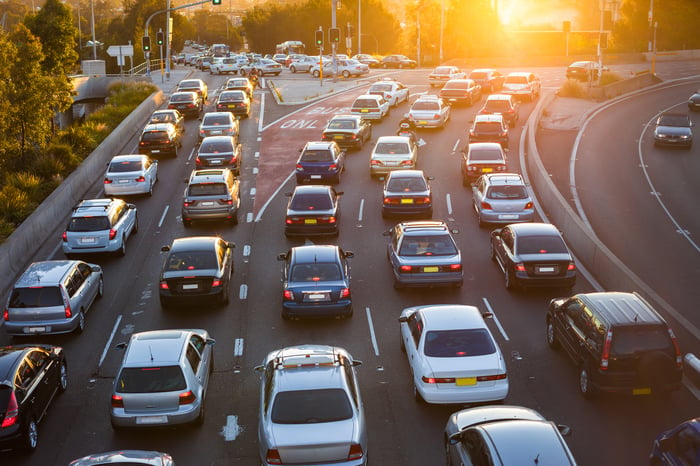 If you're a business owner or manager, it pays to offer current and prospective employees an alternative to constant commuting. Otherwise, you risk losing key talent along the way.

The problem with commuting

Some people are able to maximize their commutes by working while in transit. But if you're dealing with a large chunk of employees who can't make good use of that time, they're apt to grow frustrated quickly.

Then there are those workers who have no choice but to endure daily periods of intense gridlock, which can be stressful and have negative health impacts. And that could lead to more time spent away from the office due to illness.

Either way, when you subject your staff to the daily hassle that is commuting, you risk losing key players in the process. The same holds true when you have positions to fill and workers who want the flexibility to do their jobs from home. And that's why it pays to consider telecommuting arrangements for your staff.

These days, an estimated 74% of companies allow workers the option to do their jobs from home. And while employees certainly stand to benefit from that flexibility, so, too, do you as an employer.

For one thing, you may find that your workers are more productive and communicative when allowed the option to do their jobs remotely. Rather than have, say, an hour-long period of downtime twice a day while in transit, your workers who are spared that commute might instead take some of that time to finish up key projects or follow up on emails -- things that lead to an uptick in output.

Furthermore, it's hard to discuss a pressing project after hours when you know the key players involved are stuck on a noisy, crowded train. But if you allow those same employees the option to work from home, they'll likely be more available for calls outside of regular working hours.

But it's not just the logistical benefits you'll reap by letting employees work from home -- you'll also gain their appreciation and loyalty. And that's a good way to retain talent in the face of competition and attract talent when other offers abound.

If you're iffy on instituting a work-from-home policy, start slowly. Offer that option to proven performers at first, and slowly but surely extend that privilege as workers prove themselves worthy. Similarly, there's nothing wrong with allowing workers to telecommute on a part-time basis at first, and only ramping up if things go smoothly.

No matter how you go about integrating a telecommuting policy, be sure to give it some serious thought. Otherwise, you may come to find that your staff starts dropping like flies, and all because they can no longer stand to sit in traffic.