Please ensure Javascript is enabled for purposes of website accessibility
Log In Help Join The Motley Fool
Free Article Join Over 1 Million Premium Members And Get More In-Depth Stock Guidance and Research
By Maurie Backman - Sep 18, 2018 at 7:36AM

Your resume can carry a lot of weight in the grand scheme of your job search, so it's important to know what mistakes to avoid on that crucial document. Now you're probably aware that having grammatical errors or typos is a good way to get your resume tossed out, but did you know that lying on your resume is just as egregious an offense, if not more so?

CareerBuilder reports that 75% of human resource managers have caught candidates lying on their resumes, and while it's not unheard of for applicants to exaggerate a bit here and there, there's a difference between overselling a skill and being downright dishonest. But of the various lies you might tell on your resume, there's none worse than claiming to hold an academic degree you don't have, according to data from job site TopResume. In fact, 89% of hiring managers feel that lying about your educational background is even worse than failing to mention a criminal record. And that's reason enough to be up front about your academic standing, even if it means putting yourself at a disadvantage. 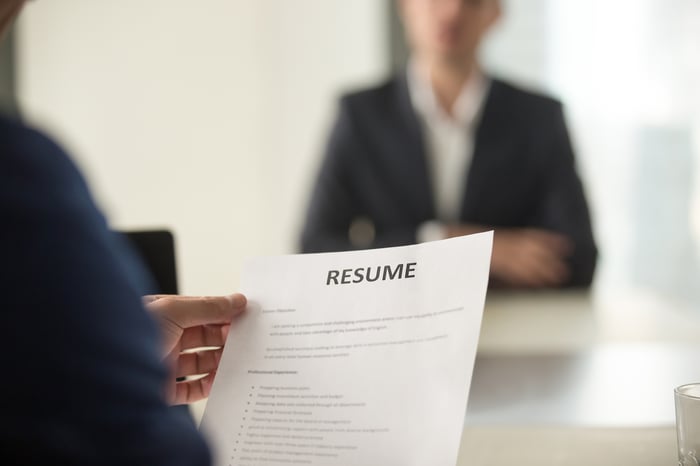 Making up for your academic shortcomings

These days, it's not uncommon for employers to demand a college degree -- perhaps to a fault. In a recent Harvard Business School report, employers are increasingly becoming more insistent on college diplomas when they historically haven't been necessary. In fact, there are an estimated 6.2 million jobs out there for which holding a degree is now a prerequisite despite the fact that those positions never required one before.

It's no wonder, then, that so many candidates feel they have no choice but to lie about having graduated college when in fact, they didn't. Still, that doesn't mean that faking a degree is a good idea. For one thing, that's something that's extremely easy for employers to verify, and if you're caught in that lie, you can probably kiss the opportunity in question goodbye.

But secondly, if you're honest about your educational background, you might manage to attract employers without a degree in your name. For example, if you're in the process of obtaining a degree, there's nothing wrong with making that clear. If your skills otherwise render you suitable for the role, a prospective employer might be more than willing to overlook the fact that you're a couple of semesters shy of having graduated.

Now if you have no intention of completing your degree, that's a totally different story -- but it doesn't mean all is lost. That's because you can still list any classes you may have taken in the past that apply to the job at hand. For example, if you're looking at an IT role as a network engineer and you took several computer courses before dropping out of college, an employer might consider you, especially if you come in with the right certifications under your belt.

Will not having a college degree constitute a setback when applying to jobs? Perhaps. But is pretending to have one a good idea? Absolutely not. You're better off talking up your skills in your cover letter and submitting a resume that accurately describes who are you. Remember, once a prospective employer catches you in a fib, it's hard to recover and regain that trust, so lying about something major -- and easily verifiable -- on your resume is a risk not worth taking.