In most work situations, there will inevitably come a time when you don't agree with something your boss is saying. Maybe it's something minor, like a small blurb in your company's catalog of well over 1,000 products. Or maybe it's a major issue, like the process your IT team uses for ticketing and responding to customer issues and complaints.

No matter the details, you shouldn't feel compelled to step back and stay quiet just because you're not the person in charge on your team. On the other hand, there's a right way and a wrong way to disagree with your boss, and avoiding the latter will help you not only maintain that relationship, but increase your chances of having your opinions heard and validated. 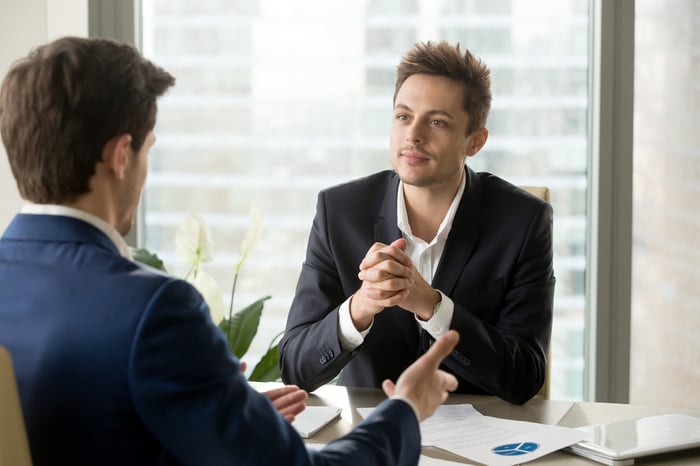 Chances are, your boss is the boss because he or she has more experience or knowledge than you do. So if you're going to disagree with something your manager says, make sure you really know what you're talking about first.

Do your research to make certain you're coming from an educated standpoint, but also, come up with sources so that your boss has a harder time pushing back. For example, if you feel strongly that a certain font style should be used on your company's website, dig up some focus-group results where participants responded better to the one you're recommending.

The last thing you want to do is put your boss on the spot in a public setting. If you're going to disagree with your boss, no one else should be privy to that conversation. This way, if your boss does come to realize that you're right, he or she will be more likely to concede graciously. Argue your point in public, and your boss might stand firm on his or her stance out of spite.

3. Watch your language and tone

It's natural for managers to demand a degree of respect, so if you're going to disagree with your boss, make sure to do so as politely as possible. First, acknowledge your manager's opinion or idea, and then introduce yours as another option. But aim to do so in question form.

Instead of saying, "I think we should switch vendors," try "What do you think about switching vendors?" This will give your boss a sense of authority and control, but you'll quite possibly get the same end result you're looking for.

4. Be prepared for rejection

At the end of the day, your boss gets the final call as to what goes on around the office. And while you shouldn't shy away from disagreeing with your manager for fear of backlash, you also should go in prepared for the possibility that you won't get your way. If you keep that thought in the back of your mind, you're less likely to get frustrated if your ideas are rejected or your opinions ignored. And that can make for a much more pleasant relationship with your boss, in general.

Just because your boss is in charge doesn't mean he or she is always correct. It's perfectly acceptable to disagree with your manager, but do it the right way. Otherwise, you risk putting your relationship -- or even your job -- on the line.