The minimum wage debate has been raging for years, with proponents of a raise insisting that a national boost will better the lives of millions of workers and their families. As of 2017, more than 80 million workers aged 16 and older were paid by the hour, and of those, 542,000 were earning the minimum $7.25. To combat the issue, at least locally, Seattle implemented a minimum wage increase back in 2014 that has since brought that figure up to $15.45. In 2019, it will increase to $16. And while initial research questioned whether Seattle's minimum wage boost really produced the positive impact lawmakers thought it would, new research shows that workers are, in fact, benefiting from that overhaul.

A recently released University of Washington study found that Seattle workers saw about a $10 weekly boost in earnings thanks to the minimum wage hike. That boost comes in spite of the fact that many workers have also had their hours reduced since that higher wage was introduced. The study also found that workers with greater levels of experience came away with an extra $19 per week, though to be fair, part of that boost came as the result of working second jobs outside of Seattle city limits. 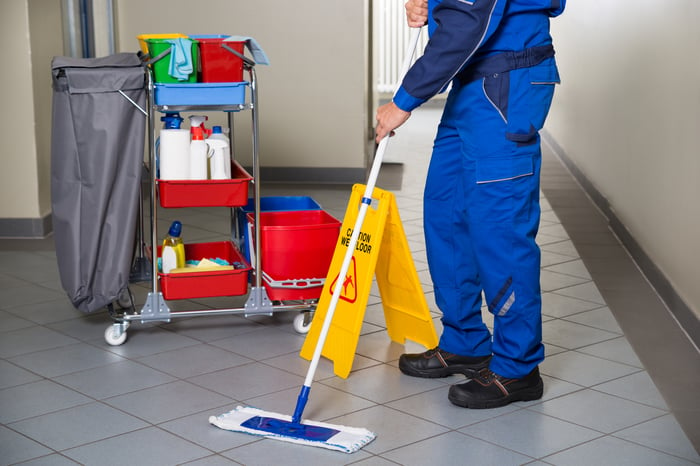 But here's another positive side effect of Seattle's much-discussed wage hike: Local businesses saw a decrease in employee turnover, due in part to the fact that employers may have taken steps to retain top workers as wages increased. Of course, in some regards, that spells bad news for inexperienced workers looking to climb their way up. In fact, wage-hike critics are often quick to point out that higher minimums can backfire in the form of fewer employment opportunities, hurting lower-level employees the most. On the other hand, a more generous minimum wage helps soften that blow, since these same workers can, in theory, pursue those so-called bottom-of-the-barrel jobs without having to worry quite as much about paying the bills while they pay their dues.

All told, the minimum wage hike has seemingly had a positive impact on Seattle workers, at least as per the aforementioned data. The question is: Will this trend continue, or will Seattle be a lone pioneer in its efforts to pay workers fairly?

Where are wages headed?

The pressure is certainly on to increase wages on a national level, and Amazon's (NASDAQ:AMZN) recent announcement that it would boost its minimum wage to $15 in November has no doubt prompted a large number of companies to evaluate their current pay practices. Meanwhile, Democrats are invested in seeing the minimum wage rise, so much so that if they regain control of the House, they're likely to prioritize a bill that increases that figure to $15 by 2024. Even if Democrats don't regain that control, some believe there are enough Republicans in support of the bill that it has a shot at passing.

At the same time, lawmakers are pushing for change at the state and local levels, and though several have failed, a bill was signed into law by Massachusetts Governor Charlie Baker earlier this year calling for a $15 minimum wage by 2023.

Of course, the relative success in Seattle has to be taken with a proverbial grain of salt. For one thing, Seattle is a major city, and similar wage increases in areas that aren't as desirable or populated might produce different results for employers and workers alike. Furthermore, it's hard to overlook the fact that we've been in the midst of a booming economy, which has no doubt played a role in the aforementioned findings. While there's much to be gained by implementing a countrywide minimum wage hike, in reality, Seattle alone can't and shouldn't serve as the most accurate case study -- even for those invested in seeing change on a national level.